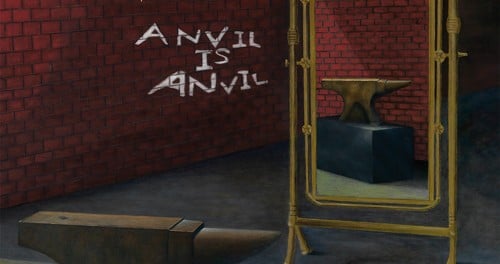 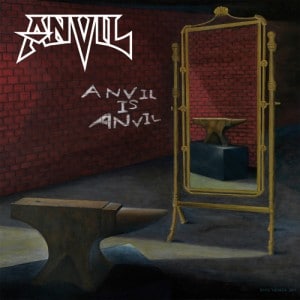 Review:
One thing for sure, the title of Anvil’s latest is correct in a few different ways. On one aspect, you know exactly what you are getting with this release. No surprises, no drastic shifts in sound, and a steadfast musical approach that Anvil have maintained throughout the years. On other aspect, this is Anvil 2016; this is Anvil 2013; this is Anvil 1981… You are getting the same songs, which are in some ways (almost) interchangeable, so it can get a bit repetitive, but we there is a new bassist, a new producer and new cover art (for the first time done by Robbo himself), so it’s not all ho-hum, yawn fest, like I may have made it seem.

With early Anvil, they set a pace right out the gate and had some standout moments with their early releases highlighted by the solid backbone drumming of drummer Robb Reiner and the unique vocal approach and frantic guitar playing of Lips. For various reasons and during that time, Anvil just didn’t quite get the jump to superstardom that others of their day went on to achieve. So some basic releases followed, with a few bright spots and some not so bright ones. Next came the documentary which sparked a renewed interest in the band. This increase in vitality spawned This Is Thirteen and Juggernaut Of Justice. Anvil seemed to kick back into high gear and set a new standard both with their consistency and solid musicianship. Along with updated/better production, the Canadian group seemed poised to make a second attempt for the big time.

When I’m listening to this latest release and the previous one, Hope In Hell, from Anvil, it seems that the band has been spinning its wheels a bit. I was a tad let down with Hope In Hell. I still love the musicianship. Lips can really shred on the solos. Robbo just blows me away with his playing and having seen Anvil live at Maryland Deathfest prior to their Hope In Hell release, I can say that they are still fun to see and they play onstage just as tight and with as much enthusiasm as you get from their albums. With the group’s latest release Anvil Is Anvil, you get some bright spots and some not so much once again. Some make issue of Lips and his lyrical approach (“Zombie Apocalypse” and “Daggers And Rum” may be considered) but the way I see it, that’s him, and much like his guitar playing, it’s his signature. Some book authors are eloquent and more thoughtful in how they write, and some just write honestly and simply. It’s what Anvil/Lips feel and again, Anvil Is Anvil! If anything, this album seems more of an honest, everyday life commentary.

As mentioned earlier, musicianship can’t be faulted. Just listen to the galloping drum rhythm on “Die For A Lie” and the solo on that one. On the steady rocker “Ambushed”, new kid on the block / bassist Chris Robertson lays down a steady groove, has a fairly decent sound in the mix and locks in with Reiner really well. This song showcases this really well. You would almost think Robertson has been in the group much longer than he has. I love the solo and the pace for “Zombie Apocalypse.” You can get a sense of Robertson’s playing as well. The song is slightly reminiscent of “This Is Thirteen.” The song “Up, Down, Sideways” could have been off some of the ’80s albums with its feel but also, the way they all play together and the instrumental interplay is great. And you can hear some bass!

So yes, you get a bit of repetition. You get a few head scratchers. You get some humour but you have some solid metal. You have to appreciate the honesty and perseverance of the band and its members. So when all is said and done, this Anvil, you know it, they know it and you won’t be disappointed.

Reviewed by Will “Bones” Lee for Sleaze Roxx, March 2016