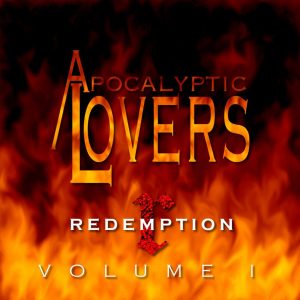 Review:
Apocalyptic Lovers have delivered an album that will undoubtedly take you back to the glory days of the ’80s era where engaging melodies, soaring harmonies and great guitar riffs were the staples of your favorite songs. Seeing that producer and mixer extraordinaire Michael Wagener (Accept, Alice Cooper, Dokken, Extreme, Keel, Skid Row, Warrant and White Lion just to name a few) took care of the mixing for the album, it is not surprising that Apocalyptic Lovers‘ Redemption Volume I has a real retro feel to it.

Although the opening track “Better Days” suffers from harmonies overkill, the rest of the song is quite good with some cool guitar solos, a very ’80s sounding voice from singer Rob Kane and some real nice melodies. Luckily, the excess in harmonies seems to stop at the first track or at least, it’s more tastefully done during the rest of the songs. There are only eight songs on Redemption Volume I but they are all range from pretty good to quite good. This is another one of those albums where when I put it on, I know that I’ll enjoy all the songs and frankly they seem to get a bit better  as the album progresses until the last song “Dying Day” comes on and is like the cherry on the top.

So let’s talk about that last track because that’s the best one and where I find that Apocalyptic Lovers show their true potential. “Dying Day” has a killer guitar solo and Kane takes a seemingly more aggressive vocal approach, which gives the song a slightly — but welcome — grittier feel to what is otherwise some rather polished vocals for the rest of the tracks on the album. Frankly, I’d like to hear more of Kane with that slightly grittier approach. Kane in some ways reminds me of a cross between Stryper‘s Michael Sweet and Dokken‘s Don Dokken with his high vocal register.

Apocalyptic Lovers proclaim themselves as playing “arena rock” and I got to agree with them in that regard. They do what they do quite well. What I’d like to see is Kane take a grittier approach to his vocals which I think in turn would give a better contrast with the vocal harmonies provided by the rest of the band. I also think that guitarist Sean Magee‘s shackles should be  undone because the guy can really play but seems to be held back during most of the songs. Magee has the potential to be what George Lynch was to Dokken but on Redemption Volume I, we only seemingly get a little sampling of what the man can do.

Overall, Apocalyptic Lovers deliver a solid debut album filled with melodies and ’80s sounding songs. With a little more grit to Kane‘s vocals and an unleashed Magee, they have the potential to make Redemption Volume II a true classic.