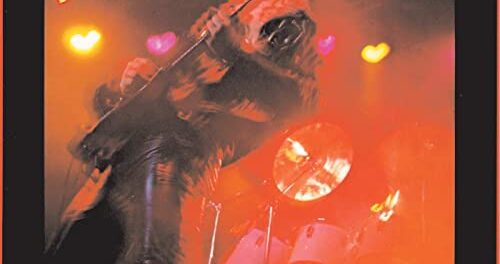 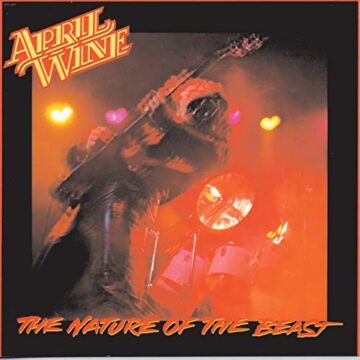 Review:
When I arrived back in the States from Germany in 1981, my way of dealing with being alone through the “make new friends” phase of being the new kid was to spend as much time with my first and oldest friend — rock and roll. As a lifelong army brat, it was normal to move every two to four years but even so, nothing ever truly prepares a kid to go from a housing area of friends to starting over at a new place and school. Making it even crazier, in 1981, Dad had just retired so the normal comfortable surroundings of fellow military brats was replaced with not just a whole other world of civilian kids, but a school full of very well off preppie kids leaving me not just as the new kid, but this ripped jeans, rock and roll t-shirt, shaggy-haired alien. Luckily for me, I still had my oldest friend and through the magic of my boombox and a huge ass set of headphones, the heaviness of silence was broken by the sounds of many a worn cassette and hot Atlanta radio station WKLS 96 Rock.

One of the few benefits of my new landing spot over Germany was the radio. Armed Forces radio was pretty much an ongoing stream of Top 40 hits but with WKLS, I was given the opportunity to hear rock and roll, old and new. OK, so it’s not like I didn’t have access to rock and roll in Germany, it just was more a communal thing where me and my friends would show up with a cool record or cassette ready to share it with the crew. Radio for us kids was just something to play in the background during picnics and neighborhood functions. It was a lot more fun to go to the German mall or Military Post Exchange and become mesmerized by the covers of records, which in 1981 was a lot to look at and take in. However, in Atlanta, the rock station kept a steady roll of everything from AC/DC to Led Zeppelin, and so it was not unusual to hear a band like April Wine blasting from the airwaves on any given day.

Now I’ll admit that beforehand, I wasn’t a huge fan outside of digging tracks like “Roller” and “I Like to Rock” even though I had seen the band at a German all day rock festival and dug them. Not actually knowing them at the time kind of made it hard to steer my attention away from the girls but had I’d known what I would learn just a short while later, I might have just listened a little harder that day. Luckily for me, 96 Rock had my full undivided 15 year old attention the day that my ears were exposed to “Sign of The Gypsy Queen” from April Wine‘s ninth studio record, The Nature of The Beast.

Not only was I immediately pulled towards becoming an April Wine fan, it was also the moment my interest was piqued in regards to Canadian rock and roll. I was already into bands like Rush and Triumph but at that point, to me they were just great rock and roll bands. Given free time and a lack of friends to hang out with, I turned my attentions toward a new interest – Canadian bands and in due time (thanks in part to WKLS‘ wide open musical spectrum), my cassette collection grew to include releases by Prism, Wrabit, Coney Hatch, Bryan Adams, Headpins, Streetheart, Trooper, and tons more. But aside from Triumph, no other Canadian rock group caught my ears like April Wine, especially the monster record that grabbed me from start to finish in 1981 — The Nature of The Beast.

After hearing “Sign of The Gypsy Queen” on 96 Rock, I immediately became a thorn in my Dad‘s side begging for a chance to grab a copy of the entire album. By the time I nervously tapped my foot on the floorboard of my folks car on the way to Cumberland Mall to get the cassette, the radio had blessed me with not only that first great listen, but also cool track “All Over Town” and semi-hit power ballad “Just Between You And Me” and I was nearly about to burst out of my skin to hear the rest. Not sure how many times I was told by Dad to stop shaking my legs but I’m certain it was enough to drive him close to exploding, which he repaid by making me sit still in the food court as we downed treats that normally, I’d be excited about. Eventually things got silent, Dad sighed and looked at me and said, “You going to be at the record store?” which I responded with building excitement. “Go” he said. “Meet us back here in an hour.” With that, I was off and running on a mission that was only stalled by me first coming face-to-face with the actual record and being totally mesmerized with the artwork. I so wanted it but being in a temporary living situation and only privy to a cassette player, I tore my eyes away and got my mits on my first cassette copy of what would turn out to be my all-time favorite April Wine album.

From the first hints I ever received of April Wine in the late ’70s, I have always been drawn to the sounds of the band’s straight forward, uncomplicated rock and roll. It’s the kind of rock and roll that is loaded with catchy power pop melodies draped over infectious guitar riffs with the occasional hooky bubblegum smack all wrapped together and turned out in a package of energetic rock that sometimes can be serious but more often than not fun. A rare combo as perfect to package up with Bryan Adams as Triumph mainly in regards to the songs themselves which over the years have remained April Wine‘s strong point. Yeah, they may go to the well again with another “rock” tune courtesy of stomper “Wanna Rock,” another early rock homage along the lines of ELO‘s future single “Rock ‘N’ Roll Is King” but the bottom line is that in 1981, they delivered their best ever example of what they do just as well as any band in the world – on The Nature of The Beast, they brought the rock.

In addition to the infectious “Wanna Rock”, April Wine whip up a good bit of rock and roll party energy on tunes like “One More Time, and “Big City Girls” — both uptempo tracks perfect for a night of sweaty barroom rock and roll. This is April Wine at their middle of the rock road best – tough, fun, and out for a night on the town with one foot ready to kick things up a few more notches and the other steady in wait to tap out a slower groove.

“All Over Town” is a funky rock tale of love gone bad that back to back with just as much a boogie tune “Tellin’ Me Lies” makes for a great one-two shake to start the record off. Both tracks move along with a solid back end, great guitar riff and simple yet effective sing-along chorus. It’s a great set up for the melodic rock of “Sign of The Gypsy Queen” and the band’s best known tune, the incredible power ballad “Just Between You And Me,” a song that while reaching the highest mainstream heights of any April Wine song, still remains a far better song than its success has shown. In a decade filled with power ballads, “Just Between You And Me” is more superior of a song in construction and power than many of love songs now considered classic or even legendary by April Wine‘s ’80s rock contemporaries. The fact that it pre-dates many of the era’s hair metal power ballads adds even more cred to this great tune. In the middle of it all, “Caught In The Crossfire” bops it up with signs of where April Wine would be heading in the future.

On the downright serious rock end, “Future Tense,” and “Bad Boys” are romping hard rockers that blister along in classic April Wine fashion while “Crash And Burn” is the album’s face melter tearing along hard, heavy, and at times fast. To this day, it’s perhaps my fave track on The Nature of The Beast, which is saying a ton seeing that to my ears, there’s not a bad track on the album. Loaded with great tunes featuring the killer rhythm section of drummer Jerry Mercer and bassist Steve Lang, the triple guitar attack of Gary Moffet, Brian Greenway and Myles Goodwyn, not to mention great vocals, it’s no wonder that it would become April Wine‘s best selling record barely missing the Top Ten charts in Canada and breaking into the Top 30 in the US to respectfully gain double platinum and platinum status. It was the band’s second straight record to do well in both countries staying just ahead of the following year’s release Power Play.

While April Wine would reach their mainstream peak a little over a decade after putting out their debut, they would soldier on releasing records and touring regularly for a few more years before Goodwyn settled into cruise bouncing between solo and band releases. However, one thing has never changed – in the 16 studio album history of April Wine, there has never been an outright clunker of a record. Sure, some have been better than others but for the most part, each album has been filled with straight up rock and roll defined by the space and time released, yet each clearly April Wine. Starting with the self-titled debut in 1971 and to this point culminating with 2006 rocker Roughly Speaking, Goodwyn and company have consistently delivered great rock and roll record after rock and roll record but none of them quite as good as the go to classic, The Nature of The Beast.

April Wine‘s “Just Between You And Me” video:

April Wine‘s “All Over Town” video: