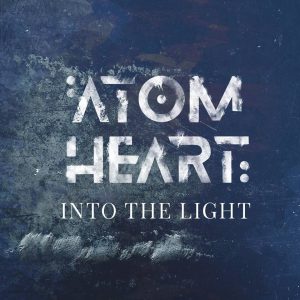 ATOM HEART
INTO THE LIGHT
Released in April 2016 (Independent)

Review:
Based on a simple Google search, there appears to be many bands around the world using some combination of Atom Heart. That’s ok. These particular guys are from Warsaw, Poland, and seem to be doing well in their native country, appearing at several big-name festivals this summer.

“Look at the Sky” is the first song on Atom Heart‘s EP Into The Night, and it kicks off in classic fashion, with a blast of drums and guitars. It then settles into a great little groove that teases with the vocals throughout the verse. “Walking Stick” is another cool guitar song that toys with the rhythm section, and ultimately lays down a solid track. The chorus floats, while the verses are grounding. Speaking of the chorus, the drummer chose to lay heavy on the bell ride instead of simply splashing away on any given cymbal. A nuance that is often forgotten in today’s in-your-face drumming standard.

“Sofia” is a blues-riddled slide fest — a pure foot stomp.  “All I need is you, I don’t need nobody….else” — in the quieter parts, the vocals typically provided expertly by Daniel Brühl are lessened by his heavy accent. The song is good enough that I can get past that pretty quickly. “Moments Of Weakness” may ironically be the weakest song on the six track EP. Yes, it has a Ratt-like opening riff, but the song just seems to plod along without going very far. Based on the rest of the album, Atom Heart can do better with this song. “Bad Things” and “Desire” are significant rockers that could even be more up-tempo than they already are. Several of these songs are available for streaming via Soundcloud.

I love Sleaze Roxx because we all share new discoveries. I never would have found Atom Heart without the EP landing in my inbox. I can’t say Atom Heart is my new favourite band, but I do feel better for knowing hard rock is still alive and well in all corners of this amazing planet. If you’re interested in purchasing the EP, you can get it at Atom Heart‘s website.

Listen to Atom Heart‘s “Look At the Sky”:

Atom Heart has formed in March 2015, since then the band has recorded demo consisted of 3 songs. Atom Heart is focused on Hard Rock and Blues Rock trying to …