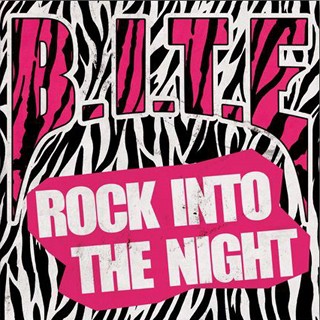 Review:
If someone ever wrote a manual on how to perfect the hard rock sounds of the ’80s, Brazil’s B.I.T.E have obviously found it and studied it diligently. Whether it is scorching hard rock numbers, mellow ballads, roaring guitar riffs, soaring vocals, large harmonies or great production, B.I.T.E check off all the ingredients that made ’80s rock so memorable — right down to the cliched zebra print artwork and Jack Daniels t-shirt worn in the album’s liner notes.

Right out of the gate the title track quickly proves that B.I.T.E have talent beyond their years. It may not be an original approach, but the guitar riff supplied by Lizzy Louiz makes one immediately take notice — and when working in tandem with vocalist Elvis B. creates a killer opening punch. The vocals really stand out on the following “Take Me Higher”, as they perfectly mix melody with just the right amount of grit during the chorus of “poison overload, takes me higher”. No ’80s hair-metal album would be complete without the obligatory ballad, and B.I.T.E supply it on the Firehouse influenced “I Still Love You”.

After a couple of paint-by-number rock tracks, B.I.T.E expand their horizons ever so slightly during “Rock Pride”. The track’s opening stuttering guitar lead offers something a little different before evolving into a sleazy little song. It’s back to sappiness during the forgettable acoustic effort “Rainbow In The Sky”, but that misstep is quickly forgiven when “Dreaming Of Love”, arguably the album’s stand-out, comes roaring out of the speakers. Closing Rock Into The Night is the oddly titled “See You Wild”, a song that ends the album nicely and simply reinforces that B.I.T.E should be taken seriously — especially the guitar duo.

Original it’s not, but there is no denying Rock Into The Night does exactly what it claims in the album title. I’ve always considered Brazil to be the home of more extreme genres of heavy metal, but this fresh young band is obviously trying to take a ‘bite’ out of that notion. With a singer who has a voice tailor-made for hard rock, and a guitar tandem that rivals most within the genre, B.I.T.E are a band that will satisfy music lovers who long for the days of old.
www.facebook.com/Official.BITE – www.myspace.com/officialbite