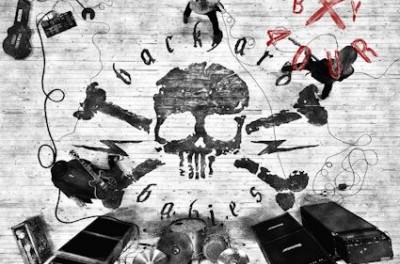 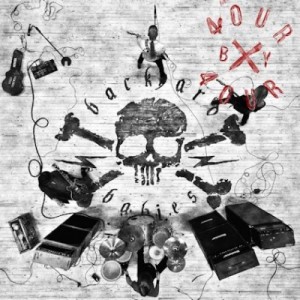 Review:
This is going to be a quick review, a short one if you will. As is the new album by Swedish rock darlings Backyard Babies which consists of just nine songs, and runs less than 40 minutes of music. This album sounds like fun in both a good and bad way. Backyard Babies are no babies. These hard rocking Swedes released their debut album in 1994, and if I recall correctly, had their first gigs back in 1987.

The sound of choice for this band is a mix between hard rock, and sort of punk n’ roll. If anyone heard their earlier releases, you can easily decide whether to like them or hate them. It is really hard to be anything in between for this act. Either you like their hard rock and energy, or you are dismissed by their pop-punk influences.

However on their latest release Four By Four, I believe the band went a bit too much on the pop-punk side for my taste. Some songs are still rocking and catchy, like the single “Th1rt3en Or Nothing” with its very sing along chorus, and an extensive use of cowbells. Other songs like “Never Finish Anything” could very well fit in to Sum41‘s catalog, which to me is not a positive at all. I have a feeling that the band really tried to mix these two genres 50/50, and their latest release to me is just about that. Some of the songs are absolute killers while others… they may be killer tracks too, but to someone who is more tolerant to pop-punk in the vain of the aforementioned Sum 41, or Blink 182.

There is very little I can say more about this release beyond that. So the final say is, if you are looking for a record which will rock your ass off from the start to finish, and you are not a huge fan of California pop-punk, this release might put you off a little. If you however actually like both hard rock, and the pop-punk genres, give it a try. It may well turn out to be the best of both worlds to you. To me, as a more hard rock oriented guy, this one was a hit or miss affair. Some songs I liked, others were of no value to me. And again, there are only nine songs on the record so this one is barely a full fledged album.