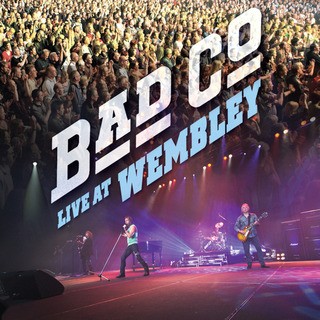 Review:
Bad Company has had a storied career, but not without putting their fare share of effort into it. Their musical legacy has become a staple on FM radio as Bad Company has delivered hit after hit throughout the years which includes “Feel Like Makin’ Love”, “Can’t Get Enough”, “Bad Company”, “Ready For Love”, “Shooting Star” and “Rock And Roll Fantasy”. Though Bad Company pressed forward quite successfully in the late ’80s after original singer Paul Rodgers ventured out on a solo career, fans usually gravitate toward the classic Rodgers era — that’s just the way it is.

Paul Rodgers has been part of the super-group The Firm (with Jimmy Page), he’s been a solo artist, and most recently he joined Queen for a well received tour but a disastrous studio album entitled The Cosmos Rocks. So sought after is Rodgers, even to this day, that Joe Perry was rumored to have been considering him to replace Steven Tyler in Aerosmith. And why shouldn’t Rodgers be considered? The man still looks great, sounds fabulous and is a charismatic showman. The fact that he writes good soulful, bluesy songs and plays piano and guitar is an added bonus.

Bad Company issued a live album a few years ago from the House Of Blues, so you might ask yourself why they felt the need for another live album and DVD? Well, that aforementioned live effort was recorded on U.S. soil — Bad Company‘s second home. Live At Wembley on the other hand captures the band in London in 2010 with a bigger stage and bigger production — and it’s quite the spectacle. A Bad Company show sells itself with a back-catalog that consistently ships units worldwide — and Live At Wembley contains all the previously mentioned hits and then some.

The Blu-ray edition of Live At Wembley features 16 cuts and band interview footage, while the CD counterpart features 15 live cuts (omitting “Burnin’ Sky” only for sake of space). There are also informative liners written by Classic Rock Revisited’s Jeb Wright for those that need to brush up on their Bad Company history. All in all Live At Wembley is an enduring effort from an enduring band.