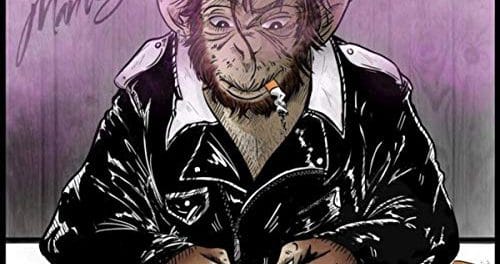 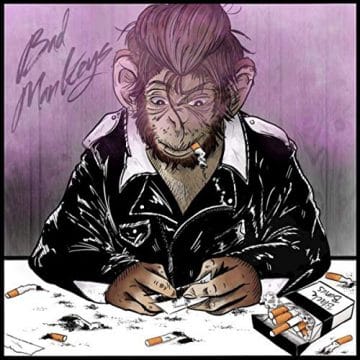 Review:
Well, Happy New Year everybody and a fine sauntering (or stumbling for some) into 2019 we are a taking. On deck for your aural pleasure is the sophomore long play release from Kouvola, Finland’s Bad Mankeys. You all may recall my review of 2016’s Case Conflict.

Fast forward a couple years and I present a late 2018 issue of Black Bonus — ten tracks, nine new and one bonus/revamp of an early classic cut “Limousine And Tambourine.” This time around, the boys have slimmed down their signature funky hard rock sound and lost the slap bass and horn driven elements, yet have stuck with the in your face hard rock that was the cornerstone of their debut. I still think the band sounds a great deal like Love On Ice, Skid Row, Ugly Kid Joe, Spread Eagle (especially disc two), White Trash and Slik Toxic to name drop a few — vocally absolutely and musically definitely.

“Honey Dipper” starts off the album and it, like so many to follow, is a guitar driven hard rockin’ number. What follows stays on course with the opener — “Testify” — a soulful hard rock number that has a catchy rhythm and a guitar solo that is as tasty as the song. “Give Yourself Up” starts as if we may have a ballad on our hands but it morphs after the first verse into a nice little arena rocker with some killer off tempo drumming and another series of guitar work from Tommy ‘O that is as catchy as it is influential. Teddy Tender‘s vocal is quite nice on this track as he wavers between “You Should Be Mine” Axl wails to his more signature soulful Sebastian Bach growl. “Until Dawn” is another hard rock number with a huge chorus and another series of infectious grooves sure to tickle your HMR funny bone. “Burn Down Hollywood” is another in the continued series of rockin’ numbers showcasing the band’s uncanny ability to craft a rock n’ roll song certain to leave a lasting impression.

“Love Is A Two Street”, like “Give Yourself Up” starts in the typical cigarette lighter love song style of slow tempo’d balladry that quickly morphs into a tasty little arena rocker that could have easily been a Poison single in 1986. Certainly a stand out tune. “Runnin’ For Freedom” is a groove lathered up number with a bass and guitar complimenting rhythm and a soaring solo that is crisp short but sweet as saccharine. “Love Come Knocking At Your Door” is another rocking number sticking to the path the band has blazed thus far, a mid tempo riff with a melodic chorus and damn if another Tommy solo clinic isn’t present here. “Fight Yourself” is yet another hard rock guitar and vocally driven number that features the band’s proficient nature in crafting not a straight forward rock song with all the mainstream hooks to appease all listeners. The disc’s closer — “Limousine And Tambourine” — stays the course and has a “Mr. Brownstone” influenced chorus and a sneaky Queen riff tossed in for fun. That’s a solid ending to what is and was a clinic in hard rock musicianship and presentation.

A very impressive sophomore effort from a band that is well deserving of your/our support and a few sheckles to support its effort. Black Bonus is a definite solid addition to anyone’s hard rock library, a standout in the Martinsane‘s “Unknown but Must Own” collection and a must for fans of the genre that brought us here to begin with.