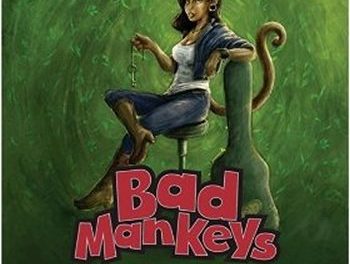 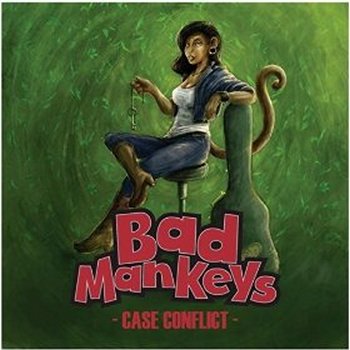 Review:
Well, 2016 sure has been a crapper with regards to influential and celebrity passings, but it sure has been stellar for independently music, both stateside and beyond and Bad Mankeys, this Finnish funk/rock band is no exception. They lay down ten original tracks that if you are a fan of bands like Blind Melon, Extreme, Love On Ice, Ugly Kid Joe, The Dan Reed Network and The Daddies, you will be ecstatic!

For a four piece, these lads certainly lay down a cohesive wall of sound and the musicianship is very competent and pleasant, indeed not only on the insanely catchy and highly funkified numbers like “Case Conflict,” “Mankey Love” and “She’s Got The Devil” but in straight ahead rock n’ roll numbers like “Hold The Line” or “Stunt Coordinator” or “Rules Of The Blues,” the band smokes no doubt. Singer Teddy has a nice vocal presence and is reminiscent of Mike Starr and Sebastian Bach but with more soul and less top end — think Shannon Hoon. Bassist Neva lays down Flea inspired funk filled bass lines for the duration while drummer Cochis is a fill machine and keeps a steady tempo. Rounding out the team is guitarist Tommy O’ who plays a mean funk rock guitar and has the chops to solo nicely for the disc’s entirety. The album’s closer “Kiss Me Deadly” has a “December Rain”/”No Rain” vibe that can’t be denied, great composition and very well played.

So kiddies, again support your indie musicians and bands and pop over to the Bad ManKeys Facebook and show them some love cuz like James Brown, they are four hard at work men in a fickle and unfortunately, in an unrewarding industry who have a very solid effort available for your listening enjoyment.

Bad Mankeys – Down go the lights

This is the first official single from Bad ManKeys – Case Conflict album.Long play will be released soon in this summer.ORDER NOW FROM:http://www.levykauppax…