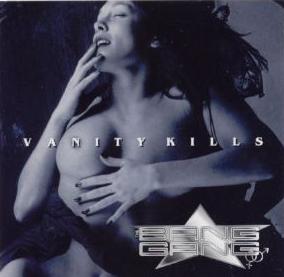 Review:
The sophomore outing from this L.A. based glam band is nothing more then a collection of unreleased demos from 1992. It would be almost ten years before killer tracks such as “Junkyard Tank”, “Back Ta Groovy”, “Exotic Lover” and Shake It Up” officially saw the light of day, but glam fans will be glad they finally got released.

A cross between Pretty Boy Floyd, Motley Crue, and Hanoi Rocks–the Bang Gang wowed audiences with their catchy songs and outrageous good looks! One complaint about Vanity Kills is the lackluster production, but that is to be expected from a batch of demos. Vanity Kills gets two thumbs up!