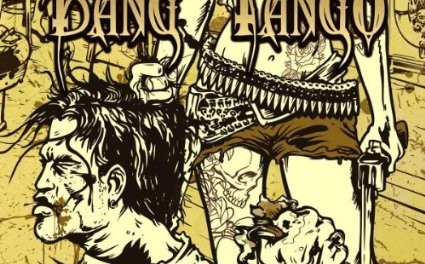 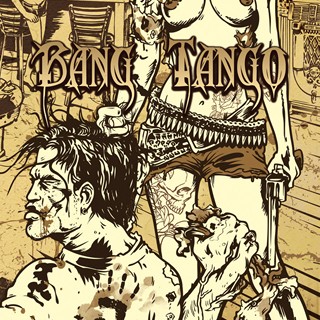 Even from their beginnings in 1989 Bang Tango have been a day late and a dollar short. The turn of the decade marked the death of hair-metal, therefore a promising band with the potential to become widely successful unfortunately never made it past cult following. It’s a shame too because Bang Tango‘s first two albums, 1989’s Psycho Cafe and 1991’s Dancin’ On Coals (the song “My Saltine” was even featured in the awful Richard Grieco spy comedy ‘If Looks Could Kill’), are a couple of outstanding pieces from the ’80s metal era.

Bang Tango isn’t your average hair band though. They adventurously mixed funk and metal, creating this amazing bass-heavy sound which set them apart as innovators rather than just another clone of the popular genre. Pure and simple, Bang Tango is a group of road warriors who live life on the road and their brand new album Pistol Whipped In The Bible Belt captures their spirited passion for rock ‘n’ roll. In fact, the songs “Our Way” and “Live Life” declare Bang Tango‘s purpose for continuing to create and perform live. Lyrics like, “Some people say we’ll never make it… we keep on moving, we keep on flyin’, we do it all without even dyin’… I guess you could say it’s our way,” define the motto of an underdog that refuses to quit.

I caught Bang Tango in Springfield, IL on April 15, 2010 at a free show, and despite their being just ten of us in the audience, the band still put on an enthusiastic set and mingled with fans after the concert. Singer Joe LeSte even joked with me, as he signed autographs and posed for pictures, that sometimes they play to five people and other nights a thousand. However, they always enjoy themselves and don’t plan on retiring anytime soon. You definitely have to admire Bang Tango‘s commitment to their craft.

Pistol Whipped In The Bible Belt is vintage sounding Bang Tango — from the sleazy opener “Dick In The System” to the unique “Boom Box Seance”, Bang Tango has released ten new songs that any fan of the band will appreciate. The only downside to the album is an unnecessary spoken word opener at the beginning of “Live Life”, but the song itself more than makes up for the lame attempt at comedy, which has got to be an inside joke us fans won’t comprehend. Just like L.A. Guns‘ triumphant Tales From The Strip and Ratt‘s superb Infestation, Pistol Whipped In The Bible Belt is yet another new album from a battle-scarred band that actually sounds like it could have been released in the ’80s. Bang Tango‘s latest release indubitably lives up to their reputation.

If you haven’t heard them before and are interested in discovering a ‘new’ band this Rocktober, I highly recommend Bang Tango. You won’t go wrong with their first two albums, but if you want to test the waters first by downloading individual songs then check out “Wrap My Wings”, “Someone Like You”, “I’m In Love”, “Untied And True”, “Midnight Struck”, “Emotions In Gear”, “Love Injection” and “Soul To Soul.” And for you lifelong fans who want the fresh new album, order it online for only $10 at www.bangtangomerch.bigcartel.com.