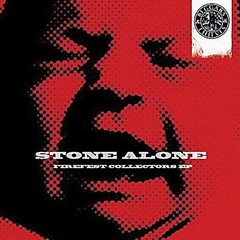 Review:
In 1990 a relatively unknown band named Beggars & Thieves released one of melodic rock’s timeless classics — a song called “No More Broken Dreams”. With its extended intro, lush harmonies and heartfelt vocals, “No More Broken Dreams” was tailor-made for superstardom — but in the world of rock ‘n’ roll things are never that cut and dry.

Twenty years after the release of their self-titled debut, and ten years of inactivity, Beggars & Thieves are back with the Stone Alone EP. Sold at the band’s recent Firefest Festival appearance, and limited to 500 copies, Stone Alone features one new recording, two previously unreleased tracks and acoustic reworkings of the band’s two greatest compositions.

The acoustic versions of “No More Broken Dreams” and “Beggars & Thieves” are outstanding because the original songs weren’t that heavy to begin with and therefore are tailor made for acoustic renditions. Recorded at a Las Vegas show on September 11, 2010, these recordings show that time hasn’t affected vocalist Louie Merlino and guitarist Ronnie Mancuso in the least — it’s like turning back the clock and stepping into the past.

The two previously unreleased tracks are alright, but don’t really offer any of the sounds that made Beggars & Thieves so special and unique in the first place. However the brand new recording, “Stone Alone”, is a whole different story — it may not reach the level of “No More Broken Dreams” but is a great teaser for the upcoming album. “Stone Alone” proves that the Mancuso and Merlino, the heart and soul of Beggars & Thieves, can still write catchy songs.

Phil Soussan and Bobby Borg may have left the band years ago, but Stone Alone proves that the core of Beggars & Thieves is alive and well. The band’s new CD will be something to keep an eye out for in the near future — the return of one of hard rock’s classiest and most sincere bands.