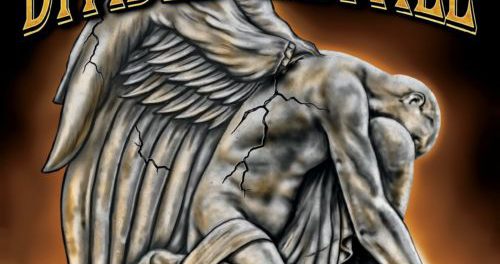 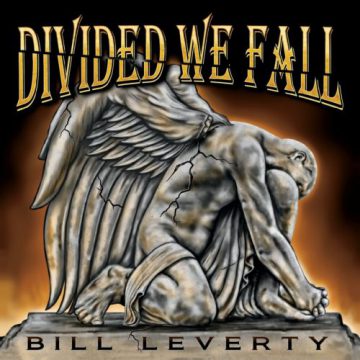 Review:
For most writers, I would imagine that getting hit up to give an opinionated listen to a solo album from a member of an established rock band would be met with a mix of hoops, hollers, high fives and yeah, even a celebratory toast. Well, I got to admit, while in terrific theory it sounds cool, few musical terms cause me to twitch nervously like “solo album.” At this point in my life, my brain is programmed to react to those words with immediate visions of vanity projects by lead singers who either only write songs in a way best suited for their main gig, or who shouldn’t be anywhere near a songwriting session to begin with. And as I’ve read on Sleaze Roxx (as well as other websites), sometimes complete honesty is met with brutal reactions from the fans and even worse, the artists themselves. But every once in a whil,e a solo release slips across the desk that not only catches you pleasantly off guard, but before the first note, wipes away any of those vanity project worries often associated with hearing the words “solo album.” One such release is the latest (and fifth) solo offering by guitarist Bill Leverty.

Now for those who might have lost track of rock and roll since grunge landed like a dirty, distorted unkept bomb in the early nineties, Leverty is the founder, guitarist, main songwriter, and to this day main driving force behind melodic American rock band FireHouse. Yes, THAT FireHouse that arrived and thrived just at the time when many American rock bands were dealing with finicky record labels, a changing MTV, and even some fans leaving them in the lurch. Despite the world musical landscape quickly changing, Leverty and FireHouse stuck to their catchy rock and roll guns finding success with some of the best produced rock albums and songs of not just the early ’90s, but any era allowing for the band to continue to this day which after a few very real (and down to earth) e-mails from Leverty is reason to smile.

Let’s be honest, even the hardest of rockers love a feel good story of triumph, especially if the good guys come out on top. With a never quit attitude and positive way of moving past obstacles and bouts of frustration en route to reaching every goal, Leverty just might be to late ’80s / early ’90s rock and roll what Rudy is to underachiever college football lore, only he might have been given a slightly more fighting chance. Heck, just a listen to the tunes on Leverty’s latest and you can’t help but think that he would have been huge on the rise above it all soundtrack movie scene of the ’80s. Cool thing is, while raise your fist movie soundtrack anthems pretty much died in the ’90s, Leverty has continued to pump out consistently cool old school guitar loaded rock and roll between some great FireHouse albums and do I dare say it? His “gasp” solo albums!

Joined by longtime bandmate / FireHouse co-founder Michael Foster on the majority of the tracks on Divided We Fall, Leverty has once again released a full album of great tunes that shine from first note to last. Even with a great mix of musical flavors and songs written between 2013 and this year, you’ll be hard pressed to pick one or two out that sound like they don’t belong with the rest of the tracks on Divided We Fall. But the best part is, despite being loaded with some great Bill Leverty guitar-driven melodic rock songs, Divided We Fall doesn’t make you just wanna shrug your shoulders and blow it off as just as just a cool FireHouse knockoff that could have been better with the rest of the band. I’m not saying that FireHouse fans won’t dig this as after all, it’s still great rock and roll. However, it’s great Bill Leverty on his own rock and roll and THIS doesn’t make me twitch nervously. If anything, it makes me want to go out and buy all the Bill Leverty solo releases I’m ashamed aren’t already in my music collection.

Kicking off with rocker “You’re A Natural”, Leverty blends all the rocking sounds fans of FireHouse love with some of the classic southern rock influences that have peppered his previous solo releases. Heck yeah, the killer riffs and awesome guitar solos are present and sure, at times, the hard to resist chorus is there to grab you but it doesn’t take diving too far in to shake any thoughts of FireHouse out of your head and just dig on Divided We Fall as a whole other fresh thing. And it’s more than just Leverty‘s vocals, which at times are lower and more soulful than FireHouse fans are used to. The grooves overall are fatter and songs like “Memorable” and “The Bloom Is Off The Rose” even venture into ’80s Eagles territory while “My Right Mind” and “For Better Or Forget It” actually come close to something you might hear on modern country radio had they been recorded by someone far less cooler than Leverty. You might find instruments like mandolin and dobro throughout the tunes but used in a way that only a proficient musician / writer like Leverty can and they add to the rock and roll way more than subtract from it.

Speaking of rocking tracks, you’ll find them aplenty on Divided We Fall and most particularly amongst the Whitesnake-esque groove of “Strong”, the infectious ’80s hooks of “Love Is like A Song”, low-end dark blues rock of “Ace Bandage”, and the grinding groove of the title track. And while there might not be that power chord chorus-heavy ballad, Leverty still offers a fine bit of balladry ala beautiful ’70s acoustic rock style tune “The Heart Heals The Soul.” Like the title kind of implies, Leverty leaves nothing out on Divided We Fall and for true lovers of music, that’s a good thing. Will die-hard ’80s hair metal sticklers love it from start to finish? Who cares? A good record is a good record, and these days is a lot rarer to find than those long locks that used to cover a lot of our heads back in the day. For fans set in their ways, you might be blessed with a FireHouse album in a few years, but for fans just itching for some great solid melodic rock and roll, the wait is over and you can thank Bill for that.

While created over a period of seven years, Leverty used the cool tactic of releasing the songs as singles along the way and if you look below, you can check out some of the cool videos created for a few of the songs. Divided We Fall isn’t just a pile of thrown together tunes tossed on a disc and blown out for public consumption or just a quick buck. Given a serious listen, it’s obvious Leverty put a lot of heart and soul effort into his latest solo release and given today’s climate, it’s a much needed lot of heart and soul. At a time when most of the world can benefit from social distancing, Divided We Fall is a great listen whether earbudding on a jog, listening with a cold drink and your feet up on the back deck, or blaring out the speakers on a sunny day’s ride through the country. Yeah, we may all be kind of divided right now but thanks to great artists like Bill Leverty still releasing great songs, chances are pretty good that we ain’t gonna fall.

Bill Leverty‘s “The Bloom Is Off The Rose” video: