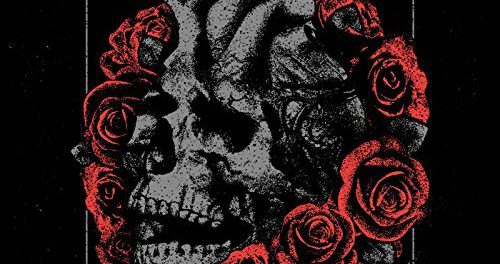 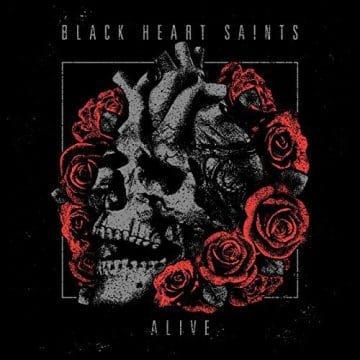 Review:
Hailing from the music state capital of Texas, Austin based hard rockers Black Heart Saints are garnering some serious fans with their hard rocking tunes. Although Black Heart Saints have only been together a few short years, their sound is not of a rookie quality.

Myself being born and bred here in the Lone Star State, and being a fan of hard rock, I find it a little embarrassing on my end, not knowing the name, Black Heart Saints. And to be honest, I never got to listen to their first helping of tunes — the Black Heart Saints EP — but from what I have heard off the new album Alive, you can bet your bottom dollar I will most certainly be checking out their tunes from the beginning.

Now, to Alive. When I first clicked on the tunes, I did not know what to expect but as the first two songs began to play on, I was digging it. I am not saying they jumped out at me and had my full attention, but I was getting a Josh Todd from Buckcherry feel to it, so it was kicking. By track four “Travelin On” started to unfold, the music took a turn for me. I not only was listening to the music, I was beginning to feel it. And music you can feel, well, that is when the band is doing its job by grabbing the listeners’  emotions and gaining their full attention. Honestly, I enjoyed the entire album. I was a little hesitant and standoffish in knowing that the band did two covers, one being The Beatles‘ “Come Together” and the other being Stevie Wonder’s “Superstition.” Those are two tunes that you can screw up easily. But, I will say this, Black Heart Saints took both songs and made them their own. To be quite honest, although “Come Together” has been covered by the likes of Soundgarden, Godsmack and Aerosmith, just to name a few, I favor Black Heart Saints‘ rendition.

What I dig about the music is that not only is it entertaining hard rock, the bluesy sounding music laces in the melodies. As I stated before, you not only hear the music, you feel it. And Josh Ross‘ voice is phenomenal. I was pleased with the power ballad “Quicksand” and the full throttle force of “Gasoline” and pretty much everything in between. The album is full of kicking tunes, and I am pretty damn sure that any rock fans will become fans of Black Heart Saints.

As I said in the opening, I was a little ashamed not knowing this Texas based band whose home is about four hours from my neck of the woods, but no doubt, I know the name now. This helping of tunes from Black Heart Saints is a must have to add to your music collection.