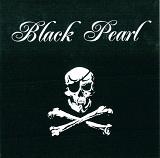 Review:
Germany’s Black Pearl is a revamped version of The Dirrty Angelz, a band who released their one and only album back in 2005. Now with a new vocalist and bassist, as well as a new name, the band is trying to regain any momentum they once had with this three song EP.

The new singer, Jan Lampke, sounds great as he has a rough whiskey-soaked sound while the rest of Black Pearl play laid-back groove rock which is both a blessing and a curse. A blessing because they lay down some boot-stomping roots rock, and a curse because it seems as if the band never really gets things off the ground. It is as if the band is always playing the same tempo, never speeding up or slowing down.

With that being said, none of the songs let the listener down, but they don’t really make the hairs on your neck stand up either. The band seems to have moved away from the AC/DC rock and instead have drifted into the barroom boogie of bands like The Throbs. “Lady Luck” is the best song here, when the band does speed things up a little, even if the chorus is a bit repetitive.

I know these guys have talent, I heard it when they played as The Dirrty Angelz and I hear it here as well. But I would like them to let loose a bit more and kick things into overdrive. Only then will Black Pearl be a band to watch out for.