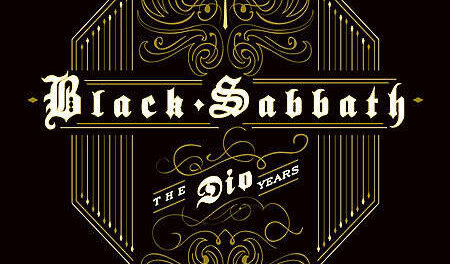 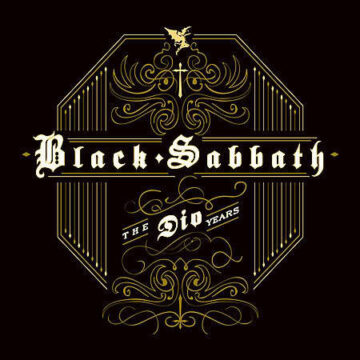 Review:
Black Sabbath: The Dio Years is a powerful and concise reminder that while original singer Ozzy Osbourne was there first and made more albums, Ronnie James Dio gave Sabbath its second wind and sang on many of their best records. The Dio Years also serves as a sampler or single-disc version of The Rules of Hell box set released the following year that includes the full Heaven and Hell, Mob Rules, Dehumanizer, and Live Evil albums.

Moving in chronological order, The Dio Years collects material from the three Dio studio records and the Live Evil live record. The Dio Years definitely leans toward fan favorites. Just over half of the album comes from the two albums widely regarded as Dio’s finest with Black Sabbath — Heaven And Hell and Mob Rules. Dehumanizer lends three tracks and the lone live track is “Children of the Sea” from Live Evil. As with all compilations, some people’s favorite tracks will be left off. However, anyone in a position to notice probably already has the full studio records with those “missing” tracks.

As an incentive or reward for those who already have those albums or ended up buying The Rules of Hell, The Dio Years contains three studio tracks only available on The Dio Years. Forcing people to buy an entire album of material that they may very well already own just to get three new tracks may be predatory, but it’s also typical and Black Sabbath were far from the first to do it. The album clearly and accurately lists the tracks, so everyone knows what they are buying. For those hungry for Black Sabbath product, they got a technically new release and a little actual new music.

How do those three tunes stack up? The single “The Devil Cried” is a mid-tempo riffer. The chorus is a bit average but the verses and main structure of the song are strong. “Shadow of The Wind,” a doomy chugger with a bluesy solo, is the best of the three. The post-solo section from about 3:50 to 4:50 is stunning. Dio sings “Every day is an inquisition / Who are you? What are you? Why? / I’m alive, I belong, I’ll be back” with absolute majesty. The solid “Ear In The Wall” pounds and thumps before picking up the pace. It’s a satisfactory finish, but not much more than that. These three tracks are good but not great. Still, they are better than the often-generic tracks that bands tend to tag onto the ends of these sort of collections. If the idea was to create interest in the next studio album, they succeeded. The next studio album with Dio was 2009’s The Devil You Know under the Heaven & Hell name, which was basically more of Dio-fronted Black Sabbath. Ironically, the next and last full-length Black Sabbath studio album would be 2013’s 13 with Ozzy.

The Ozzy albums have received plenty of expansions, remasters, and rereleases. The core Dio records represented by The Dio Years have also. Even one-offs such as Born Again and Seventh Star have gotten this treatment (though some of these have become scarce like the two-CD version of Seventh Star with a Ray Gillen live disc). Curiously, The Eternal Idol is the only album from the Tony Martin series to get any kind of updating. However, I’ve read reports that new editions of the other Tony Martin albums are coming (if so, might a box set of the complete Tony Martin albums be close behind?). Let’s hope so. I’m sure I’m not the only one, for example, that would like a physical copy of the long out of print Cross Purposes live with Martin singing on classics such as “Iron Man,” “Paranoid,” “Children of The Grave,” and “The Mob Rules.”