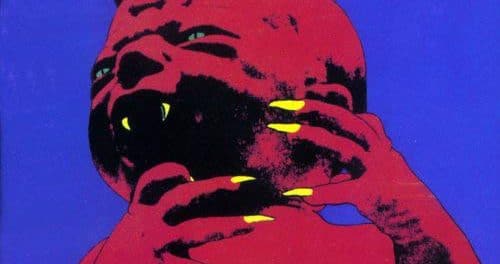 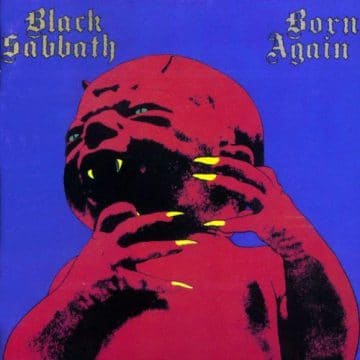 Review:
1983 was easily just as big a year musically for me as any teenager and with legendary albums by the likes of Def Leppard, Quiet Riot, Mötley Crüe, and former Black Sabbath vocalists, Ozzy Osbourne and Ronnie James Dio, it’s really no surprise HOW big of a year it was. But while Ozzy would Bark At The Moon all the way to a triple platinum payday and and Dio would bath in a midnight sea of success with debut “solo” release Holy Diver, Sabbath would begin a long strange trip down metal side roads that would leave many fans confused and for some time, tarnish the band’s reputation as “Godfathers of Heavy Metal” and leave them floundering aimlessly in a rock and roll abyss.

For a kid raised on a healthy diet of rock including early Sabbath, before growing into an even bigger fan with the arrival of Ronnie James Dio, Sabbath in the mid to late ’80s was merely just a non-existent creature wading through an ocean of bands poking a head out for the occasional video on Headbanger’s Ball and little else. It didn’t help that the band broke my heart by not persuading Dio to stick around but once the band became merely an umbrella to cover a myriad of musicians trying to add to a legacy, Sabbath was dead to me.  Yeah, it may be blasphemy to true Sabbath fans that my all-time favorite Sabbath album is Heaven And Hell but to be honest, by the time I was mature enough to REALLY grasp music, the original Sabbath was a shell of itself already with Ozzy barely holding it together on Technical Ecstasy and Never Say Die while Dio was the voice on some pretty killer music in the band Rainbow. Watching the band with Ozzy almost sleepwalk on stage in Germany in 1978 after a blistering set by Van Halen pretty much nailed any interest I had left in the original line-up and set me up to get my face melted with Dio in the band BUT… even with a devout love for Heaven And Hell, I have to admit that as a Deep Purple fan early on, my brain nearly exploded at the thought of an Ian Gillan fronted Black Sabbath in 1983.

While the filthy history of rock and roll states that hard rock / heavy metal pioneers Black Sabbath have released twenty studio albums in total (19 as Sabbath plus 2009 release The Devil You Know under the moniker Heaven & Hell, which is more a Sabbath album than most of the band’s ’80s output, their black discography is marked with a murky gray area between 1981 classic Mob Rules and 1992’s Dehumanizer. In that shady decade in between Sabbath existed pretty much as a Tony Iommi solo project with the guitar legend holding down the metal fort backed by a revolving door of more than able, yet merely fill-in, musicians. While the return of original bassist Geezer Butler on Dehumanizer and follow up Cross Purposes gave hope again to fans itching for the original band to reconcile their heavy metal differences all it did was break my heart a second time watching Dio split while I internally screaming a confused “WTF?!?!?!” when  Iommi once again went the “solo Sabbath” route in 1995 on Forbidden.

Over the years, I still find it funny that although the five Iommi driven Sabbath releases merit their own nod for bits and pieces of metal goodness, and have found at least a small spot in the hearts of many Sabbath fans, it’s 1983 album Born Again featuring the founding backing core of Iommi, Butler and drummer Bill Ward laying a dark groove for the vocals of legendary Deep Purple singer Ian Gillan that seems to fetch the most criticism. Even more odd that despite choice comments and snarky remarks from fans and critics alike, on its release, Born Again broke the top 50 of the US charts and reached #4 in the UK creating a rather perplexing outcome and bit of a sad Sabbath recording finish for Ward seeing that this marks his final official Sabbath studio album appearance.

Heaved on to the world in August 1983 with an album cover perhaps more suited for a Halloween coming out party, Born Again was the result of the possibilities of a supergroup mixed with the possibility of sabotage (no pun intended) and to this day the “devil baby” cover remains a topic of displeasure amongst those who participated in the album and fans alike. I’ve often wondered if the cover artist added a purple background as a bit of artistic symbolism due to Gillan’s involvement but then again, when it comes to Sabbath, I rarely try to think too deeply. After all, it has been written that the early Sabbath classics contained lyrics written by Butler based on Ozzy Osbourne’s drunken ramblings. With that in mind, how deep should one think? Makes me wonder if Butler was also hired to map out the Ozzy translator feature on the season one DVD of The Osbournes but I also am curious as to if Butler actually aspired to be a lyricist or merely fell into the job early on by process of elimination. Ozzy, as history once again has shown, was usually too jacked up to probably even process a thought and along the way, Butler pretty much stepped back to make lyrical room for future vocalists Ronnie James Dio and Gillan. This is easily evident especially on Mob Rules and Heaven And Hell both carrying the same Dio word style found on Holy Diver and other future Dio albums and any true rock fan can easily spot the Gillan led style of Deep Purple within the sides of Born Again.

Born out of the idea of a supergroup type project featuring the musical core of the original Sabbath (rounded out by the return of a freshly detoxed Ward) and one of their well-known peers, the band went with Gillan feeling he most suited the project. As would be the case with several other future “Sabbath” albums, the musical history of the group would bow to the powers that be and Born Again would become yet another album in the band’s catalog. But while the sound may differ in some ways due to Gillan’s words and voice, it surely stands as more of a Sabbath album than the Iommi-led releases of the ’80s and while there is certainly more of a rawness to be found on Born Again in comparison to Mob Rules and Heaven & Hell, it returns the band to a feel more reminiscent of early Sabbath and Gillan era Purple. Over the years, it may have for some reason taken up the spot as Black Sabbath’s “joke of a release” but listening to it now, I’m reminded how kinda cool the album is. Yeah, maybe under a different name, it becomes a classic but sadly Born Again remains forever drifting in neither heaven nor hell, but in a never-ending rock and roll purgatory.

Barreling right off the starting line with “Trashed”, a tune heavily seeped in the quick, pounding tradition of Purple’s “Highway Star” and Sabbath’s very own “Neon Knights”, the soon to be one-off supergroup mix a good dose of some of the better parts of both bands for a pretty solid opening track. Sabbath also prove for the second time that they are cool with a new singer making their own presence felt in the band. Ronnie James Dio’s presence is all over his contributions to Sabbath and on Born Again, Gillan’s place at the table is similarly set offering up the freedom to wet his own musical appetite. Many fans may disagree but on first hearing the song in 1983, I was blown away. After hearing it again now for the first time in a long while, I not only still dig it, but now I am wondering deeply why so many people blast this album but then again, that’s just the first track.

No sooner am I questioning any possible missed brilliance Born Again may have lost to history, I am reminded of the pair of short “musical” interludes found within the first five tracks. For all their possible neatness, tracks “Stonehenge” and “The Dark” are pretty much just snippets of noise and even as a kid into weird “snippets” of stuff, I remember thinking maybe my record was warped and not at all that the two tracks were in any way actual Sabbath compositions. Luckily, the songs surrounding the, um, snippets were pretty cool.

“Disturbing The Priest” is Gillan trying his best to give Sabbath something befitting of its dark musical history and in this one Sabbath tune, Gillan makes it clear that he deserves a spot in the hallowed hall of sacred hard rock voices (not that his legendary work with Purple hadn’t already spoke volumes). Railing over a thundering rhythm section and dark guitar, Gillan’s voice has rarely sounded more lethal. When I first put this record on thirty-five years ago, my instant feeling was that this track or opener “Trashed” both would have been better suited as singles/videos over “Zero The Hero” — Born Again’s most heavily pushed promotional track. Don’t get me wrong, in its own right, it’s a cool tune and easily something I’d rather hear over just about anything on Seventh Star or over half of The Eternal Idol but still in my opinion, “Zero” is tame compared to “Trashed” or “Disturbing The Priest.”

The original side two of Born Again kicks off in much the same way with “Digital Bitch” standing in as the side’s very own “Trashed” but with chant choruses leaning more towards bands like The Ramones than Sabbath but the combination gives the track a fresh edge and along with “Hot Line” provides a double blast of energy down the stretch. This perhaps saves the second side from the doldrums of the dreary semi title track and slow plodding awkwardness of album closer “Keep It Warm”, both of which in the hands of other bands could quite possibly be choice cuts but within the sides of a Sabbath album merely fall short. Surely both cool tracks, both once again better listens than all of Seventh Star, and both worth a loud drive about town listen but still far short of the upper echelon of Sabbath classics like “Paranoid,” “”Iron Man,” “Heaven & Hell,” “Neon Knights” or even “TV Crimes” or “God Is Dead.”

Despite years later telling an interviewer that he “was the worst singer Black Sabbath ever had”, Gillan, as well as Ward, are said to have enjoyed the Gillan-fronted lineup of Sabbath and at the time, it would seem that fans did too. There’s no telling why then time has not been so kind to Born Again because it clearly is a solid listen even today. While not even the biggest fan of the album can hope to deny the lack of weight it carries next to the bands early ’70s output and Dio-era Sabbath, I personally wonder why an album so solid for fans of hard rock in 1983 has along the way been largely discarded by fans who now as adults still obsess over classic hard rock records of the period. Did fans eventually truly realize that the album sucks or are they even as mature adults too embarrassed to admit that Born Again has plenty of great hard rock moments? Yeah, maybe it SHOULD have been released under a different band moniker but it wasn’t. Get over it, stop being “Zero The Hero” and start enjoying once again the guilty pleasure that is Born Again.