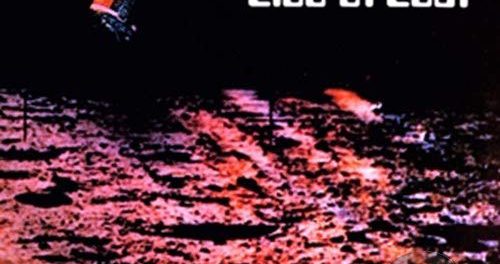 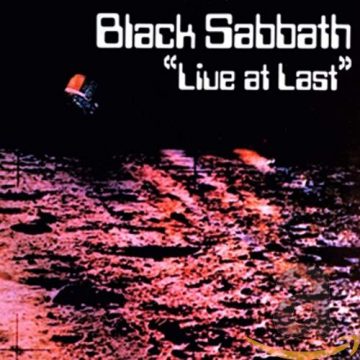 Review:
Black Sabbath, pioneers of heavy metal, released Live At Last in July of 1980. The classic line-up of Ozzy Osbourne, Tony Iommi, Geezer Butler and Bill Ward were recorded playing at the Manchester Free Trade Hall and The Rainbow in London. The album could be called a bootleg, reason being the band was not aware of the release, so there was no permission granted on it being sent out. Regardless of that, the album reached #5 on UK charts.

The album comes alive with “Tomorrow’s Dream”, which was featured on Sabbath’s Vol. 4 album. The feedback of Iommi’s SG and chugging of Ward and Butler’s rhythm section carries the song along while Ozzy’s iconic vocals give it the trademark Sabbath sound. As legendary and respected as Ozzy Osbourne is, his voice was always mediocre at best, both live and in the studio. That being said, Sabbath would not be what they are today without his voice. This track is an excellent opening song for this live album.

The noteworthy Master of Reality track, “Sweet Leaf”, is next up on this album. The legendary guitar riff throws us into an excellent live rendition of this song with a lot of added drum fills by Bill Ward. The tempo of the song is slowed a bit compared to the studio version, but the jam is still satisfying. Ozzy’s voice is impressive in this, sounding pretty identical to the Master of Reality version. At the three minute mark once the bridge kicks in, we are presented with a quick, but killer, drum performance by Ward and a blistering solo by Iommi.

With more feedback before the song, “Killing Yourself To Live” begins with a typical Iommi riff. The track, originally appearing on the 1973 album Sabbath Bloody Sabbath, was never one of the band’s super popular songs, but the bluesy guitar and bouncy bass line carry the song and make it a powerful follow up to “Sweet Leaf”. “Cornucopia”, another track from Vol 4., follows “Killing Yourself To Live” and does not disappoint. The best part of the song is the multiple riffs from Iommi all crunched together into one epic song. This is one of those songs that is better heard live no matter what. Iommi, Ward and Butler create a wall of straight rock n roll sound that gives Sabbath the reputation they deserve. The sludgy beginning riff quickly morphs into a fast paced groove thanks to Ward’s drumming and Butler’s booming bass line.

Following “Cornucopia”, the Vol. 4 track, “Snowblind”, makes for an excellent halfway point in the album. The incredible thing about Live At Last is that it is a powerful album that does not lose energy at any point like most releases do. The popular Sabbath song demonstrates that, much like AC/DC, the same formula is not always a bad idea. “Snowblind” has the same riffs, vocals and rhythm that sound similar to a lot of other Black Sabbath songs, yet it still sounds fresh and easy to identify. Looking back at how their legacy unfolded, it is quite impressive. Up next is Master of Reality’s “Children of The Grave”, which is also introduced by “Embryo” even though it is not mentioned on the sleeve. With applause from the crowd keeping time to “Embryo”, the unmistakable bass line brings in the main riff of “Children of The Grave” like a thunderstorm. The groovy-yet-heavy song is impossible not to bang your head to and carries the energy without any sense of stopping.

Arguably the greatest song Sabbath ever put out, “War Pigs” tears in with Iommi’s guitar sounding like rusty metal-on-metal… in a good way. Ozzy introduces it by telling everyone to get up for the performance, which seems like the obvious thing to do. The track, originally released on the Paranoid album, is one that needs to be done right if it is played live. It is clear that Ozzy didn’t try to reach too high with his vocals during the a cappella part of the verse, but he still mixes well with the instrumental element. Iommi delivers the solo flawlessly, which is not a surprise. This legendary song was definitely done justice during this performance.

“Wicked World”, a nineteen minute version of the track from the band’s debut album, is a fantastic demonstration of Tony Iommi’s blues-inspired playing. He plays an incredible solo that only Iommi could pull off in his signature style. Another impressive part of this song is a drum solo from Bill Ward that sounds as if John Bonham was behind the kit. Ward’s kick drum technique combined with his tom groove shows us how underrated he is as a drummer and that he can play with the best of them. Live At Last is ended with “Paranoid”, a Sabbath hit that has never left classic rock radio. From their Paranoid album, this hit is performed live with the same energy it had in the studio and it is not a disappointment. The iconic guitar intro sends us into the perfect finale to this performance.

Live albums are hit and miss… more often miss. Black Sabbath are a band that can barely ever do wrong in a lot of people’s minds. Live At Last featured the excellence of Ozzy, Iommi, Ward and Butler in their prime in front of a live audience. The album is not one of the first releases brought up when the Sabbath discography is ranked, but they were certainly a great live band and Live At Last is a template of what other bands should strive for.