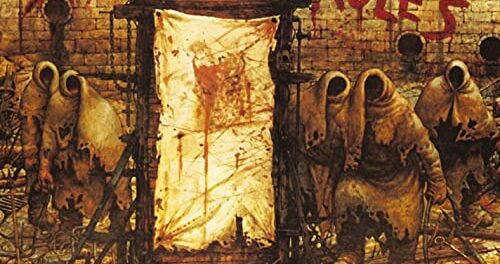 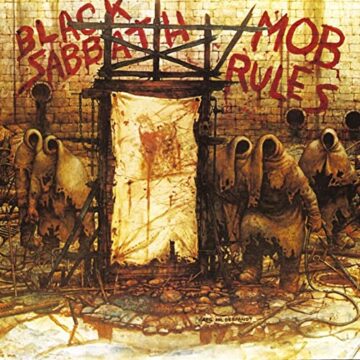 Review:
Black Sabbath were in tatters when they parted ways with singer Ozzy Osbourne in 1979. The highs of their early career had slowly eroded with each successive late-era album and touring cycle — a casualty of ego, poor choices and substance abuse.

So it came as a welcome surprise when a retooled Sabbath, now fronted by former Elf and Rainbow lead singer, Ronnie James Dio, emerged from a five-year slump with 1980’s Heaven And Hell. It was a statement record, defying critics who said the band was washed up and would never scale the hard rock mountain again. The album was a monster success and contains a handful of tracks that stood strong against Black Sabbath‘s early-Ozzy back catalog. Gone (mostly) were the drug-laced and demonic lyrical content, replaced by Dio‘s fantasy-laden lyrics of wishing wells, circles and rings, dragons and kings.

It worked! So well in fact that album #2 of this version of Sabbath came with a new record deal, a lot more anticipation and a personnel change as original drummer, Bill Ward, stepped away in favor of Vinny Appice. That anticipation was well founded. Mob Rules is a magnificent record and one of Black Sabbath‘s best across their entire catalog. It’s stronger than Heaven And Hell. While the highs of Mob Rules don’t soar quite as high, it is more consistent and confident. And contrary to much of the record’s criticism, it is not simply an inferior copy of its predecessor.

Yes, both albums open with an up-tempo blast of pounding drums and driving guitars — “Neon Knights” from Heaven And Hell and “Turn Up The Night” on Mob Rules. But that’s where much of the “carbon copy” ends. These are distinctly different records. It’s as if critics heard one song — with the unfortunate lyrical content of turning up the night (whatever that means) and wrote the rest of the record off. Big mistake. “Voodoo” follows and it’s vicious, seductive and some of Sabbath‘s finest work across any era. “Bring me your children / They’ll burn” snarls Ronnie James Dio shortly after the inspired Tony Iommi guitar solo — brutal for sure, but a microcosm of the album as a whole — this is a band on fire.

“Sign of The Southern Cross” is a tremendous Geezer Butler showcase, and the bassist shines with some of his most tasteful work; understated at times and beautifully complex underneath all of Dio and Iommi‘s bombast at others. Bombast is something Mob Rules has in spades. Following the short instrumental interlude “E5150” comes the title track… and it’s an absolute ripper. “The Mob Rules” is three minutes and 15 seconds of hard rock perfection — galloping, nasty, smart and short, which might be the “smartest” part of it. There’s no fat here. It hits tremendously hard, then it ends.

Side 2 of the album proper opens with “Country Girl” and keeps the momentum. Dio‘s vocal rides Iommi‘s riff, the same way The Kinks structured “All Day And All of The Night” and while it’s not entirely clear if this country girl is an angel or a devil, it allows Dio to cleverly namecheck the band: “Her smile was a winter song / A Sabbath ending.” So good. “Slipping Away” follows and it’s a solid Zeppelin-esque stomper that gives way to probably the most underrated track on the record. “Falling Off The Edge of The World,” is epic — all mood, atmosphere and crunch. It’s a standout.

As history has shown us, this version of Black Sabbath would implode almost a year to the day after the release of Mob Rules. The band — with ultimately only Iommi remaining — would slog its way through the rest of the 1980s with a revolving door of members and poorly received albums, before reuniting with Dio and then Osbourne to reclaim the legacy and greatness of both versions of Black Sabbath. Mob Rules is an essential part of that legacy and greatness. It’s a band on fire, sparked by breathtaking but unstable combustion that brought Sabbath back from the brink, while dooming this incarnation to a short-lived existence.