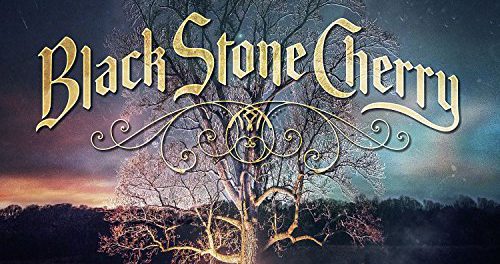 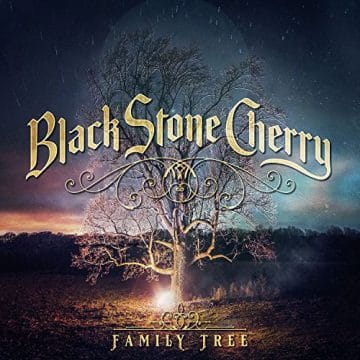 Review:
Kentucky, USA based band Black Stone Cherry has appeared on Sleaze Roxx many times in the past, including landing #18 on the Sleaze Roxx Readers’ Top 20 Albums of 2011, with Between The Devil And The Deep Blue Sea. The band has been somewhat inconsistent over its 17 year history, mixing Texas and delta blues with both classic and modern hard rock sounds.

Their 2016 album Kentucky received praise on Sleaze Roxx (by me…), where I stated “[Kentucky] is well worth your time to check out and listen to. It is a modern rock album with strong vocals, creative guitars, and a butt kicking rhythm section.” I can say without doubt that Family Tree follows the same path.  Black Stone Cherry have found a way to work a bluesy sound into modern rock, just like Led Zeppelin did in the ’70s, or 1980s Cinderella, or The Answer in 2015.

Tracks like “New Kinda Feeling” and “Carry Me On Down The Road” are a great listen. Imagine if the Four Horsemen put out a new album. “My Last Breath” reflects a nearly gospel sound, at a grass roots level. It is a country love song, incorporating a wonderful organ and sing-along chorus. Other tracks such as “Southern Fried Friday Night” elicit Nickelback-style power intros, but pull back into uniquely Black Stone Cherry delivery. “Dancin In The Rain” features Allman Bros and Gov’t Mule guitarist Warren Haynes. Thanks to Haynes’ involvement, there is a heavy blues feel to this song, like Kenny Wayne Sheppard. Similarly, the slide guitar opening to “Ain’t Nobody” keeps the listener in blues festival territory, walking the line between old and new.

The ode to James Brown is funky, and does have some memorable bits. I do like the chorus, but the song is ultimately confusing, mashing up gospel-esque backing vocals with a heavy hard rock guitar line. On the contrary, “You Got The Blues” is anything but a blues track. It hearkens back to classic Black Stone Cherry, with a decent riff, however, not really interesting. I do like “Get Me Over You” as an hard rock/blues hybrid. To me, everything that Black Stone Cherry have tried to accomplish on Family Tree finally clicked on this track.

Check out “Bad Habit” below. The opening track is a worthy representative of the album as a whole. Also below, “Burnin'” may present as ZZ Top, but it develops into Black Stone Cherry.

If you’re already a fan of the band, then absolutely pick this one up. If you’re new to Black Stone Cherry, then investigate.  Ultimately, I don’t think Family Tree will land on this year’s Top 20…. But then it’s been seven years since their last score on Sleaze Roxx. Black Stone Cherry have put out some good stuff and some duds over the years. I am on board with Family Tree as a good listen short term, but not sure there’s anything memorable in a year from now.