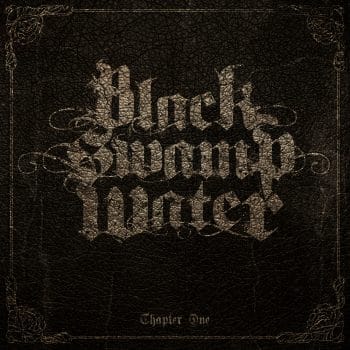 Review:
Danish group Black Swamp Water describes themselves as old school hard rock and heavy metal with obvious references to bands like Black Sabbath, Ozzy Osbourne and Corrosion Of Conformity. Each of the band members is drawn from popular acts across Denmark, including Illdisposed.

Right off the ba,t this is a modern rock album in sound, tone, and attitude. The in-your-face production gives that away as much as the writing. Sure, “Leave Nothing Behind” starts with an old school L.A. Guns style riff, but quickly morphs into a full on experience. “Harmless,” “World On Fire” and “Efuckingnough” rock really hard. Don’t look for nuance in these tracks. They’re just flat out hard rock. “Black Swamp Water” has a real Black Sabbath feel in instrumentation –- the slow plodding guitars and back end that follows.

“Into the Fire” starts of as a nice little acoustic ballad before cutting into a David Coverdale-style mid-tempo rocker. “Life Is Pain” has a swell slide guitar and a serious shuffle groove that I really like. “Run” could be considered a solo acoustic tune, along the lines of what Zakk Wilde would produce. Finally, “The Only Road” is a dark, quiet southern-rock based tune something like vintage Great White.

Regardless of the modern sounding production, I do like Chapter One. Black Swamp Water have some interesting writing, and will find their niche somewhere between modern and southern rock stylings.

“World On Fire” is taken from the album “Chapter One” released on Mighty Music on the 26th of August (ex. Japan, released by Bickee).Video by Division666.htt…