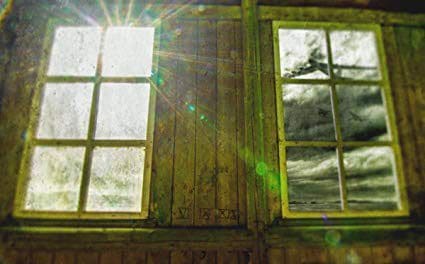 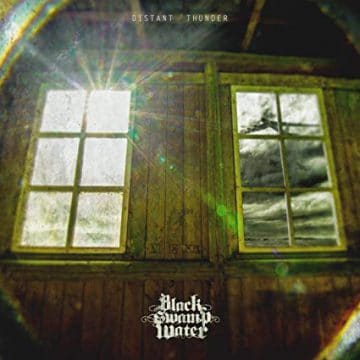 DISTANT THUNDER
To be released on August 24, 2018 (Target/Mighty Music)

Review:
Black Swamp Water, a band from Silkeborg Denmark, are on the verge of releasing their second album, Distant Thunder. I recall reviewing their first effort, Chapter One, nearly two years ago to the day, and really liked what I heard. At that time, I said, “Black Swamp Water have some interesting writing, and will find their niche somewhere between modern and southern rock stylings.”

The thing is, the band still walks that line pretty well with Distant Thunder. I recall about two months ago, running through the preview release and thinking ‘meh.’ I can freely admit after many further listens, I was mistaken. The album works as a kind of crossover between fellow countrymen Volbeat and the Søren Andersen/Mika Vandborg project Electric Guitars.  It combines old school riffs with newer melodic power rock, and that’s ok for me.

I typically dislike short and meaningless filler tracks clocking in at a minute or so, as I find them being useless injections or deflections from real songwriting, or an attempt to artificially extend the number of album selections. Uniquely, Distant Thunder opens with the short 1:13 minute “Badlands” which strikes me as an homage to Jake E. Lee in his Badlands days, particularly during Voodoo Highway. A blues based acoustic soliloquy, Jeppe Birch Friis (bassist for Black Swamp Water) informed me that it is meant to elicit a feeling of desolate space during a thunderstorm. I get that for sure.

“Bitter Harvest” immediately follows “Badlands” with a dark introduction featuring a banjo under heavy effects, as per the video below.  I enjoy the composition. It’s a pretty good song, clocking in at six minutes, but I’m not sure it blows me away as a leadoff to suck me into the album immediately. It is appealing enough to pique my interest, however. “Live Your Darkness” is on the mid tempo side, and the vibe is familiar with a country/blues/rock sensibility, similar to Little Caesar or Jackyl…. at least in the beginning. By about the two minute mark, the song develops into a modern rock pounder, working to an Active Rock Radio friendly crowd.

“Rebellion” is a great track appealing to every fan from Guns N’ Roses to Volbeat.  I have a feeling “The End” probably should have closed out the 11 song album, instead of being wedged in half way through as track five. Like most ballads, it doesn’t excite me and stunts the record’s building momentum. And well… “The High Road” lands as a completely different sonic experience.  Somewhat approximating Metallica circa Load/Reload, or maybe even Death Magnetic, this track is the gem of the whole album. Jeppe tells me that’s roughly the sound and feel the band wanted for this track. Not only is it aggressive and well written, the band is tight and fully engaged. I absolutely love the drum line laid down by Kim Langkjær Jensen. Of all the tracks, this one will surely end up on my 2018 mix tape without argument.

Beyond “The High Road”, Black Swamp Water provide proof of their metal talent with “On My Own”, hinting at Ozzy solo guitar lines, and with “Rise”, a full power explosion with even more aggressiveness than The Cult’s 2001 song of the same name. Closing track “Down for Good” is another decent mix of old and new hard rock.  I like it.

Black Swamp Water have issued a solid sophomore album with Distant Thunder. Admittedly, it starts off a little understated, but if the 11 tracks were distributed more creatively, the sensation of a building intensity would be much different. As stated previously, the band continues to run the gamut between old school swamp blues rock, and some of the newer influences out there.  Look deeply into Distant Thunder… there is much to discover.

Thanks to Jeppe Birch Friis for a brief but insightful peek behind the scenes.

Official video for the song “Bitter Harvest” by Black Swamp Water. Taken from the coming album “Distant Thunder”. To be released on Mighty Music August 24th….