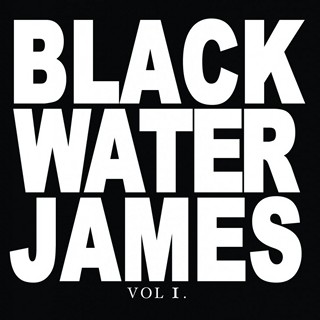 Review:
Blackwater James are a relatively new band out of Nashville who have already released a self-titled debut and quickly followed it up with the EP Vol. 1. While Nashville is a city known for its country talents, this four-piece goes against that stereotype. Essentially Blackwater James are a ’70s inspired hard rock band, but they also add elements of modern rock to create their honest, catchy and radio-ready sound.

Kicking off Vol. 1 is the single “Blackheart” with its memorable chorus and higher pitched backing vocals — the song grooves along with a funky vibe without the usual annoyances that accompany funk-rock. The follow-up “Burn This City Down” would easily become a modern rock staple if given the proper push while “Closer To Free” has another huge chorus. “Feel Your Way” almost disappoints until it ‘finds its way’ during the chorus and recreates a Brother Cane southern rock hybrid. “Set If Off” closes out the EP and finds the band playing with ample amounts of intensity and ends the disc on a high note. In fact, the entire EP never really lets the listener down — some tracks are a bit better than others, but as a whole there are no weak links to be found on this retro meets contemporary release.

Blackwater James makes it tough to categorize their sound, often bridging the gap between classic Aerosmith and Black Crowes with the almost danceable “Rocks” era of Primal Scream. There is no doubt that Blackwater James has the type of sound capable of making a splash in today’s market without alienating long-time fans of the hard rock genre. Vol. 1 isn’t sleazy or outrageous, instead it is three guys and a girl playing rootsy hard rock with ample amounts of passion and musicianship.