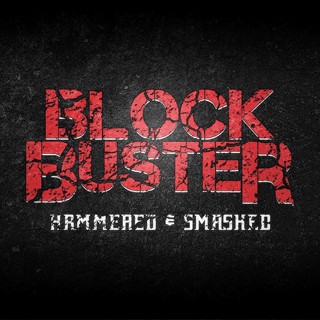 Review:
It’s been just over a year since I last heard from Block Buster, and in that time not a damn thing has changed. Once again the Finnish youngsters are following Rhino Bucket‘s footprints — and considering Georg Dolivo is also from Finland, it’s not much of a stretch to imagine he was a huge influence on this band of rebel-rousers.

Having a similar vibe to bands like Rhino Bucket and Johnny Crash of course means Block Buster‘s sound is heavily tied to AC/DC, but with far more energy and aggression — in that respect, not unlike an Airbourne or Bullet. “To Hell And Back” is a fine example of the head-banging mayhem, complete with furious guitars and a pounding bottom end. “Devil In You” slows things down just a touch and sounds at times as if it would have fit on Shotgun Messiah‘s Second Coming album, but the fist-in-the-air attack returns during “Bark Of The Underground”. Bookending the awesome EP is “Bound To Lose”, a full-speed ahead song that explodes out of the speakers like a blitzkrieg with a flurry of bad attitude and a take-no-prisoners assault.

High energy hard rock is precisely what Block Buster brings to the party — nothing more and nothing less. Personally I’d love to hear another full-length album from these guys, but EPs seem to be in vogue these days thanks to the short attention span of the internet generation. With that being the case Hammered & Smashed lives up to its moniker in every sense of the word and is a great follow-up to their Feel The Heat debut. I’ve yet to hear a bad Block Buster song, and there isn’t one within a thousand miles of the album.