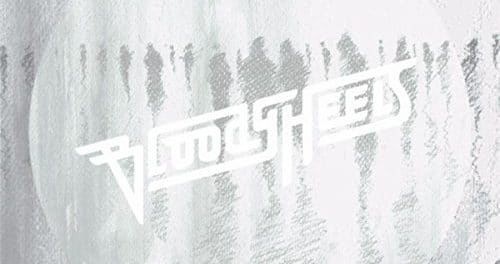 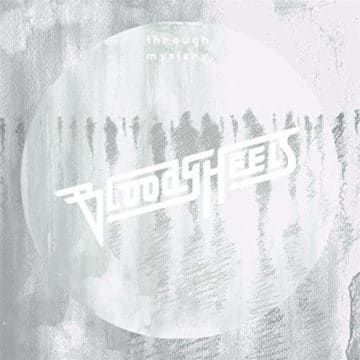 BLOODY HEELS
THROUGH MYSTERY
Released on May 20, 2017 (Bloody Heels)

Review:
Bloody Heels are an ’80s style rock band from Riga, Latvia… and you’re thinking Lat-what? Where in the heck is Latvia? Quick geography lesson is that Latvia was part of the old Soviet Union, and is a neighbor to Sweden across the Baltic Sea. So it’s no wonder that Latvia has a growing hard rock scene as their Scandinavian neighbor Finland is also close by.

Through Mystery sounds like early ’90s rock that glam morphed to. It wasn’t the ’80s but was still heavily ’80s influenced during a time where big riffs and strong melodies still ruled until grunge and the music industry wrecked it for us.

This album moves away from a complete bluesy element of hard rock and adds an influence of AOR with Vicky White‘s throaty David Coverdale-esque vocals but enough crunch that it could be played at a strip club — hence this review appearing on Sleaze Roxx. It’s also a bit of a departure from their sophomore EP effort Summer Nights as you can hear the maturation of the songwriting.

The best song in my opinion is I Can’t Help Myself, as it contains aspects of the aforementioned song qualities combined with a machine gun-like bass drum assault delivered by Gus Hawk to really punctuate the track. Brilliant songwriting if you ask me. The single (which was also the kick-off video for this album) “Cheap Little Liar” in my opinion does contain some shades of Skid Row‘s Monkey Business and will satisfy many hard rock fans’ appetite.

I know that Finland’s Santa Cruz is being heralded as a band of ‘shredders’ and have changed their sound to more metal core but I’d say the Harry Rivers is no slouch either when it comes to shredding and should be showcased much the way Santa Cruz does with their guitarists. Other notable tracks include “Victim” and “Bittersweet Memories” that follow this heavy edge AOR-with chops formula that Bloody Heels is producing.

Rounded out with a couple of ballads and beautiful production quality, Through Mystery is a solid and versatile melodic hard rock album.