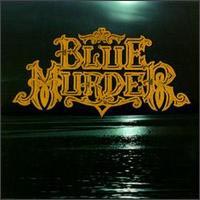 Review:
This is the debut disc from this talented super group known as Blue Murder. This album features John Sykes (ex-Whitesnake) and Carmine Appice (ex-Vanilla Fudge), and features a grandiose brand of melodic hard rock. The casual fan may remember the video for “Jelly Roll”, which included John Sykes in water-soaked clothes and sexy poses.

Songs such as “Riot”, “Blue Murder” and “Black-Hearted Woman” really jam, and there is also a very nice ballad called “Out Of Love”. In the liner notes Sykes dedicates the album to his late Thin Lizzy band mate Philip Lynott, an excellent show of appreciation. Blue Murder had an abundance of talent, but never got the recognition they deserved. I give this album two thumbs up!