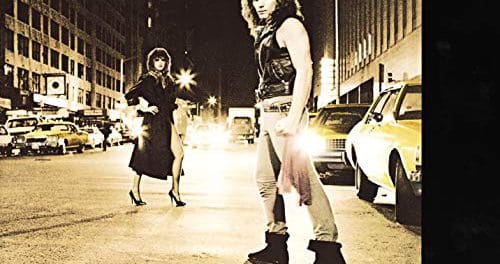 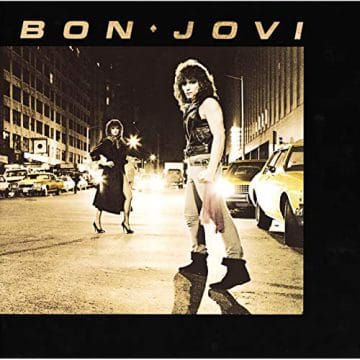 Review:
I first met Jon Bon Jovi sometime in the early ’80s as I strolled into a relative’s living room. As blown away as I was to stumble into the soon to be world famous Jon Bon Jovi, he seemed equally shocked that anyone outside of New Jersey even knew who he was. Heck, just a short while earlier, I was even more taken aback by the opening strains of “Runaway” on my local rock radio station. Although these days the call letters escape me (in the ’80s, Augusta swapped rock stations like Gene Simmons supposedly swapped spit), back then, I was blessed to have access to a station that showcased emerging artists, one being the just out of the box Bon Jovi (and to my surprise Atlanta trio Fortnox).  Yeah, there were all kinds of great stuff on the radio in the first half of the decade but Bon Jovi offered this cool blend of rock power, pop melody, singer/songwriter storytelling, and the feel of soul all wrapped around real world everyday topics.

Future generations may enjoy singing along to tunes like “Wanted Dead Or Alive” or “Living On A Prayer” but to truly appreciate Bon Jovi, you had to grow up with Bon Jovi. For kids between the ages of 13 and 19 in the ’80s, the songs of Bon Jovi were a soundtrack to many first times, feelings, moments that in time have morphed into a musical scrapbook. Starting with that debut album in 1984, Bon Jovi created a time capsule for an entire generation of youth — coming of age songs for those stuck in that weird space between childhood and adulthood. The songs of Bon Jovi — anthems for the confused yet eager and hopeful.  Whether or not that was the intent of founder Jon Bon Jovi when he was shopping around demos (in particular future single “Runaway”), what is certain is that he was intent on doing anything and everything required to get his music across to others upgrading the tune until it had just the right stuff to not only get him signed to Mercury Records, but to also appear “as is” on Bon Jovi‘s 1984 debut album. Matter of fact, “Runaway” is the sole track on the album not to feature the members of the band represented on the album outside of Jon himself and until Hugh McDonald took over bass duties for the group, never included another member who had toured and recorded with the band.

Compared to other ’80s rock bands who chose to weave tales of backstage exploits, hair-raising high energy madness, and all manner of sex, drugs, and rock n roll subject matter, Bon Jovi offered real-life stories of love and struggle. Subjects the average teen audience could relate to. Fans might not have realized it at the time but clearly Jon had taken far more inspiration from fellow Jersey artists like Bruce Springsteen and Southside Johnny than loud over the top New York acts like KISS and Twisted Sister choosing reality over fantasy in regards to song topics. Just the same, the songs rocked and found their own way into a youth culture attempting to balance the new hope and dreams of the Reagan administration with the fear and uncertainty of the cold war era. As complicated as that was, Bon Jovi offered comfort food in the way of rock and roll that young dreamers could call their own. Inspirational anthems much like the soundtrack to a Rocky flick. Songs to pick up, carry, and kick ass to. Eventually, every fan was Johnny or Gina, but in 1984, fans were just looking for a common bond and they would find it in a rock and roll loving kid from New Jersey, Jon Bon Jovi.

From the opening ’80s keyboard of “Runaway”, Bon Jovi set the tone for their introduction to the world. Within mere seconds, power chords deliver the message that there are new rock and roll kids on the block but just as quickly the lyrics reveal that these kids are well read, well lived, well versed, and pretty ahead of the curve especially the young cat taking up the lead. Bon Jovi doesn’t spring to life with a rock n’ roll hair party anthem, but with commentary on the angst and struggles of youth and the fact that the band became so successful only showed that their young audience was not as carefree and dumbed down as some believed. Yeah, the music rocked and made for good battle cry material but also paid sensitive attention to the fact that kids are people too and not merely cattle to be molded and simply rolled off an assembly line.

“Roulette” introduces the actual band that was Bon Jovi for the first time with a serious AOR style track filled with period like catch lines and could have easily been on a soundtrack for any ’80s style fight or underdog flick. It’s not too hard to imagine a Rocky Balboa training montage or Tom Cruise tearing across a clear blue sky to this tune that could have just as easily suited soundtrack artists like Frank Stallone or John Parr. At the same time, it is all Bon Jovi who would take this story style and mold it over time into their own signature rock and roll style.

Track three officially introduced Jon Bon Jovi “heart throb” via the video for power ballad “She Don’t Know Me”, a rare instance where the band recorded a track not written or co-written by a band member. This catchy, melodic tune seemingly offers a look at Jon‘s sensitive side. Along with the video, the big hair and sharp features of the singer are splashed all over rock magazines marking him as the pinup Romeo for teenage gals around the world, a cross he would bear, tackle, and overcome. But in 1984, for rock fans who heard this one, it was mainly just another really good track on an album chock full of hooks and anthems.

Just as Jon and the guys get all “stuck in your head” crazy, they go first circle with the keys and power chord opening of “Shot Through the Heart”, a tune similar in structure and idea musically to “Runaway” but more engaging to a wider audience in terms of age and familiarity. Love and heartache have and will always exist as universal topics for music and the world will soon discover that few express them like Bon Jovi.

To close out side one (for those of you who recall and cherish vinyl), the heart struggle continues with “Love Lies”, a tune that refuses to stray far from rough relationship issues this time driving it home with a strong simple chanting chorus. The chugging guitar makes for a great musical bed for the vocal to toss and turn over before fading out to set the listener up perfectly for the second half of this already strong debut offering. Halfway in and already, it is clear why 35 years later Bon Jovi is still an international draw — great songwriting. Still laughable that some old school fans find it tough to hear that same great songwriting years later. Yeah, Jon is more mature and has traded in his big hair and spandex for a closer cut and designer jeans but even in 1984, the tunes were mature and filled with wordly content inspired by the writing of fellow Jersey native Springsteen. No one can relive the magic of that time and space but even so, there’s no denying that Bon Jovi have always managed to carry it forward even while injecting bits of other music styles. That’s far more than can said for other huge ’80s multi-platinum acts like Def Leppard or Mötley Crüe, never mind the much heavier Metallica who have managed to to deliver all sort of “what the fuck” material over the years.

The second side kicks off much like the first with the full on rock anthem “Breakout”, which is yet another track perfect for the high flying, big chorus ’80s, filled with plenty of concert crowd participation possibilities. Not hard to picture being surrounded by fist raising fans chanting “whoah-oh” and man, listening and thinking about it makes it hard to not stop writing and just do that very thing. Matter of fact… (brief rock break)… “Burning for Love” is pure power pop hard rock with great hooks in every bit of the verse and chorus. The guitar screams foot stomping and the call back vocals in the chorus are so perfectly placed that they add even more power to the killer break that introduces the smoking hot guitar solo. This is Bon Jovi at their rocking best showing that at the front of the hooks and sweet melodies stands a band that can rock and do so without the use of bad cliches and overused risque terminology. Simply, Bon Jovi were a band that boldly took over ’80s rock without straying from their own ideals and beliefs.

Perhaps the only negative to Bon Jovi‘s first album is that nearly every tune is relationship based and the tracks carry very similar musical characteristics, yet somehow, Bon Jovi manage to still keep the whole thing interesting from start to finish. “Come Back” sticks close to the chugging guitar, power chords and title chanted chorus of the other uptempo tunes on the album but beautifully leads up to closing rock anthem “Get Ready”, a piece that could have easily opened the album as it perfectly closes it. Ironic that after a record filled with heartbreak songs, the whole shebang comes to a close with as near to a rock and roll party song as Bon Jovi can get yet somehow they still manage to make it a song meant for two only this time, much happier. Better happy late than never? Hey, why not end on a high note right?

In the beginning of 1984, I was but a junior in high school and still walking around with big dreams and a heart ready for love and the loud life and the music of the times couldn’t have made for a better soundtrack. 1984 was just an amazing year for hard rock and Bon Jovi were just starting to take their spot in my life and the lives of so many more. There were plenty of bands to lift us past oppressors and anyone looking to keep big dreamers down, dead, and buried but Bon Jovi said it was OK to want more, to want to make dreams come true. It was OK for guys and girls alike to want to love and to reach for the stars and it didn’t matter if you lived in sunny Los Angeles, high tech Tokyo, foggy London, chilly Canada, or the middle of nowhere’s Georgia. If an everyday kid could break out of a little known town in New Jersey and leave the world shot through the heart, any dreamer from anywhere could too. All you had to do was drop the needle and get ready to take off full blast into the future, which was gonna get hot soon — 7800 degrees of hot to be exact.

Bon Jovi – She Don’t Know Me