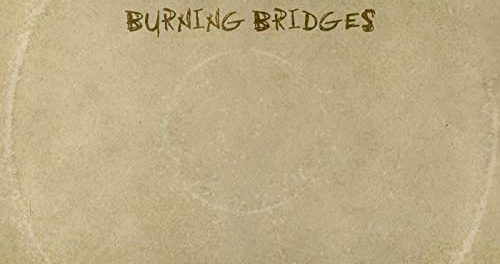 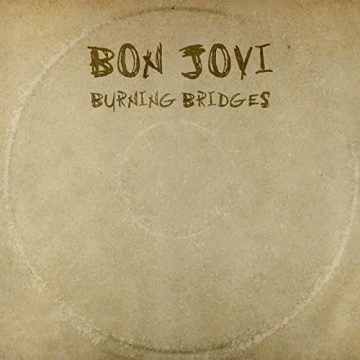 Review:
Bon Jovi were, without question, one of the biggest bands of the ‘80s. With songs like “Livin’ On A Prayer”, “You Give Love A Bad Name”, “Runaway” and many other hits, they seemed unstoppable. They started out as another act popular in the glam metal scene, but as time went on, they seemed to move in and out of other genres. Between line-up changes and different music styles coming and going, Bon Jovi seemed to lose their way. They dabbled in a pop sound, country sound and even an electronic sound. Burning Bridges came out in 2015, and while I admire the fact that Bon Jovi are still out there trying to make money and expand their brand, this album made me feel embarrassed just to listen to.

The album starts out with “A Teardrop To The Sea.” Right off the bat, the songwriting contains very bland and uncreative content. It’s really just a slow ballad with droning guitar and tribal drumbeats. The next track, “We Don’t Run” is the only song that could possibly appear on a classic Bon Jovi album, at least without all the electronic nonsense. This song is way overproduced with the vocals sometimes sounding buried by the instruments. You can tell that this might have been Bon Jovi’s attempt to get on the pop charts. “We Don’t Run” screams “pop anthem” with the electronics, booming background vocals, catchy chorus and auto tune. Unfortunately, this is as good as it gets on the album.

“Saturday Night Gave Me Sunday Morning” could easily be something you could find on a local country music station. Everything from the lyrical content to the actual melody sounds like something Tim McGraw would put out. It’s a simple song about redemption without regrets, which isn’t a terrible premise. Up next is “We All Fall Down”, which is another country-inspired song. This one has a hint of Springsteen-esque songwriting in it, which includes themes of hope and relating to the common man. Something tells me Jon Bon Jovi has never actually experienced that, but let’s not get into that. Moving on.

“Blind Love” is probably the most skippable song on this album. It sounds almost exactly like a child’s lullaby. It is slow, piano-driven and just another unnecessary ballad. “Who Would You Die For” is next, and right away you can hear an electronic beat in the background that sounds a lot like something Linkin Park would do. You can even argue the chorus sounds like a Chester Bennington vocal. It doesn’t work very well for Bon Jovi, however, and neither does the obvious auto tune.

Clearly being another attempt at a country song, “Fingerprints” is the next track. There’s not much to note here, but there is a decent guitar solo towards the end. Coming right out of the Mumford & Sons playbook, “Life Is Beautiful” begins with a folk/pop sound. I know Bon Jovi have always been kind of cheesy with their lyrics, but this is just getting out of hand at this point. “I’m Your Man” is next up, and while it has an annoying melody, it finally brings a bit of rock ‘n’ roll to this bland album. The instrumental part of the song still strays from classic Bon Jovi, but the lyrical content could easily be part of one of their older albums.

When I thought this album could not get any worse, we get hit with an Irish drinking song. “Burning Bridges” sound like something that Jimmy Buffet would write, then immediately throw away. Regardless of all that, this song is one I could see being played at a party where everyone’s drinking and having a good time. It is a fun song, all judging aside. What I can’t believe is that they decided to name the album after this song. “We Don’t Run” would be my choice, but hey, that’s just my opinion.

Burning Bridges was a disappointment. If you would take away Jon Bon Jovi’s vocals and listen to the instrumental parts of these songs, you would never guess that this was a Bon Jovi album. It strays so far from the classic sound and shows us how desperate the band is to make themselves relevant again. There are some high points, though. Jon Bon Jovi’s vocals sound decent here, the choruses are catchy and fun to sing, and we at least get a little taste of the classic sound with “We Don’t Run.” I couldn’t see any Bon Jovi fans liking this album besides the soccer moms who want to feel like they’re in the 1980s again. All I can say is that if they want to get their old fan base back, they’re going to have to return to their old sound.