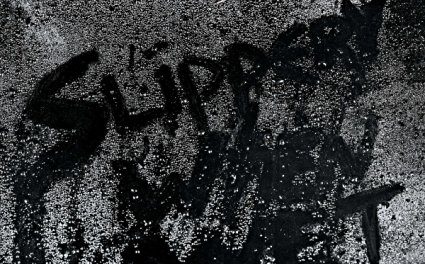 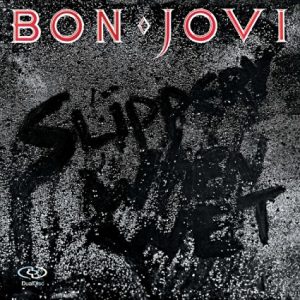 Review:
The right songs at the right time at the right place — how else can you explain Bon Jovi‘s absolutely immense success with their third album Slippery When Wet? Today happens to be the 30th anniversary of the release of Bon Jovi‘s Slippery When Wet, which has sold a not so shabby over 28 million copies worldwide. I am kidding of course as having the 33rd highest selling album of all-time is simply an amazing feat that many musicians would likely give their arms and legs for. I never ever thought that I was seeing the next big band to literally explode worldwide when I saw Bon Jovi open for the mighty Judas Priest back on July 25, 1986, a little more than three weeks before the release of Slippery When Wet. On that night, Bon Jovi 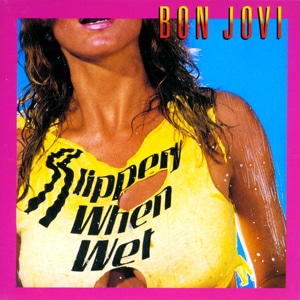 played one “new” track entitled “You Give Love A Bad Name” which sounded awfully catchy but for which I did not foresee a blockbuster #1 hit.

Say and think what you may want of Bon Jovi these days — and frankly I have never been that much of a Bon Jovi fan — their Slippery When Wet album was superb! It had and still has loads of great songs that will stand the test of time for many many years to come. You have one of the best most poignant ballads of all-time in “Wanted Dead Or Alive” (which still gives me goose bumps to this day) with guitarist Richie Sambora bringing coolness to a whole other level with his multi-neck guitar, calm demeanour and “cowboy” hat. You have — dare I say — one of the best songs of all-time in “Livin’ On A Prayer.” How many people can sing the song word for word? C’mon! It’s simply an amazing song with a great and fun video to boot. “Livin’ On A Prayer” also popularized the ominous “voice box.” Not surprisingly, that song hit #1 just like its predecessor “You Give Love A Bad Name.”

Although Slippery When Wet is mostly known for the “big three” tracks that I just mentioned, the great tracks don’t stop there. One of the most underrated tracks in Bon Jovi‘s repertoire has to be “I’d Die For You” which is a great rocker with a cool guitar solo from Sambora. And what about the anthem that was made for an arena “Raise Your Hands?” If that song doesn’t get you going, maybe nothing will. For whomever has seen some of my past reviews, you’ll know that I am not infatuated with keyboards in the least. Nevertheless, despite the heavy use of keyboards and even some guitar synths (the album was released in 1986 after all so what do you expect?), I really enjoy most of the songs on Slippery When Wet. The Jon Lord organ like intro on the album opener “Let It Rock” is also really cool and although I have always thought that the song could have been sped up just a tad, it’s a great opening track, which sets the tone really well on what is to come. I don’t really know what kind of reputation that keyboardist Dave Bryan has in the musical community for his keyboarding skills but a few more tracks like “Let It Rock” would have surely gone a long way to make him one of the most sought after keyboardists around. Hey, maybe he already has that reputation but when I think of a keyboard wizard and pioneer, I think of Jon Lord and not Bryan.

Even the tracks that might be perceived as filler material are pretty darn good. I am thinking in particular of “Social Disease” with the cheesy female voices (it is the ’80s and it is Bon Jovi so again what do you expect?) and almost throwaway ballad “Never Say Goodbye” which probably never got its just due since the “big three” preceded it as singles. After all and not that I am representative of everyone out there, but I have seen the videos for the “big three” many many times over but today is the first day that I ever saw the video for “Never Say Goodbye.” Rounding out the album is another ballad “Without Love” and album closer “Wild In The Streets” which would have likely been better with a little less emphasis on those keyboards. I would be remiss if I did not mention Jon Bon Jovi‘s vocals. The man sounds amazing on Slippery When Wet seemingly taking the listener through a myriad of emotions with his passionate voice.

If you had to pick one album to represent all of the ’80s hair metal days, Slippery When Wet might well be that album. From Jon Bon Jovi‘s model heartthrob good looks, to guitar great and super cool Richie Sambora, to some of the catchiest and memorable songs of all-time, to a whole lot of keyboards, to the token hot babes (see the hot babe cover that was not used at the end for example), Slippery When Wet represents in a nutshell everything that was so amazing about hair metal. With over 28 million copies sold of the album, obviously many many people thought the same thing as well.

Bon Jovi‘s “You Give Love A Bad Name” video: