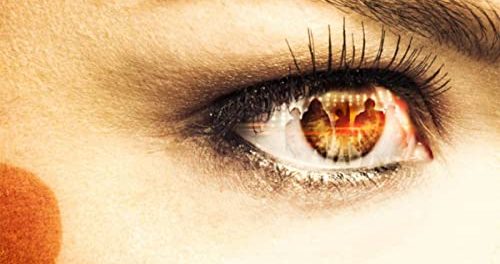 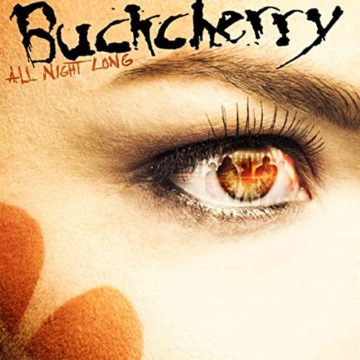 Reviewed in July 2010:
Buckcherry are back with their follow-up to 2008’s disappointing Black Butterfly. The new album is entitled All Night Long and it is a return to the fun lovin’, hard rockin’, explosive music that we’ve come to expect from Buckcherry. All Night Long is the album that should have followed 15 — Black Butterfly was too contemporary sounding, too somber, and might have alienated some of their core fans. Granted, that album enabled them to secure slots on tours like KISS‘ ‘Sonic Boom Tour‘, but it wouldn’t be an embellishment to say that the only listenable tracks were “Too Drunk…” and “Rescue Me.” Oddly enough, “Too Drunk…” was subsequently replaced on the second pressing by a brilliant cover of Deep Purple‘s “Highway Star.”

Moving on to the new album All Night Long, while there are very few explosive moments like we heard on the band’s first two efforts, this CD is good. It’s melodic, heavy at times, aggressive, groove and riff driven no frills rock ‘n’ roll. There’s a sense of urgency and excitement which we didn’t hear on the predecessor — this is a big plus in my opinion.

There are many excellent moments on All Night Long — the title track is a great fun song with a catchy chorus and great riff, and is sure to find its rightful place in the Buckcherry live arsenal for years to come. “Recovery” and “Dead” are a throwback to the classic Buckcherry sound we heard on the debut and Time Bomb albums. “Liberty” is the hidden jewel on the album — it is to All Night Long what “Brooklyn” was to 15, it’s just fantastic.

I found “I Want You” to be a sub-par ballad that simply disrupted the momentum that had been established by the preceding six tracks while “Our World” is so far removed from what this band is about that it’s ridiculous. In a press release, Josh Todd said; “As musicians who have the benefit of the spotlight from time to time, we feel it is our duty to aid in raising awareness and financial support to help remedy the awful situation in the Gulf Of Mexico. It is so important that each and every one of us do what we can to help those out whose lives have been harshly impacted by the oil spill.” I understand the concern, but play a benefit show or two — Buckcherry is no more U2 than Motley Crue or Guns N’ Roses are. Meanwhile “Bliss” is a track that seems to have just forced its way into the final sequencing of the album in an effort to have a pretty, yet very forgettable, song to get on radio.

In short, All Night Long is a much better album that I was anticipating from Buckcherry. I was sure that the misstep called Black Butterfly would have derailed this great rock ‘n’ roll band — thankfully it didn’t.

Reviewed in August 2020:
Buckcherry’s All Night Long is celebrating its tenth anniversary. A lot has transpired with the band since I reviewed this album back in July of 2010. Gone are three quarters of the line-up that recorded this album, their biggest loss being co-founder Keith Nelson. Frontman Josh Todd and guitarist Stevie D. pressed forward their latest and eigth effort is Warpaint in 2019, which received favorable reviews.

So the above review fromJuly 2010 is what I thought ten years ago, I have to agree with 95% of what I said on here. After dusting off this album, popping it into my Brennan B2 and cranking it for a couple of spins just to freshen my memory, “I Want You” hasn’t gotten any better. In fact, it’s worse than I thought then! But wait there’s more, “Our World” is even more cringy than I thought ten years ago.”Bliss” is still a snoozer / filler track that could have and should have been left off the album. I don’t even think it’s even ‘B-side’ good. The aforementioned tracks aren’t what Buckcherry are all about. They’re a gritty, rambunctious, no frills, rock and roll band. Sonically the album still holds up. All Night Long was probably the last ‘great’ thing Buckcherry have done. If you own it, give it a spin. If streaming is your thing, track it down on your favorite streaming platform. If you’re into glorious CDs, it’s still in print.

Reviewed by Ruben Mosqueda for Sleaze Roxx, July 2010 and August 2020