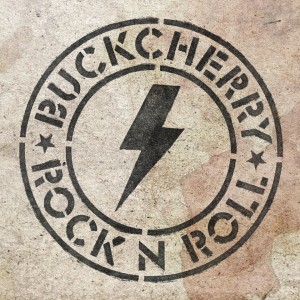 Review:
Buckcherry are one of those bands that when they are firing on all cylinders, they are almost untouchable. Having said that, when the bad makes a misstep, it’s been disastrous. Case in point; there was their crowd funding covers EP, which resulted in subpar bar band renditions of classic radio staples, then there was the Fuck EP — not very creative. That would have been the most embarrassing moment of the band’s career had they not gotten into the sex toy business but we won’t get into that. Needless to say going into their latest effort Rock ‘n’ Roll, Buckcherry simply had to produce an album that erased all the band’s past disasters.

Buckcherry have delivered on Rock ‘n’ Roll. It’s the closest they’ve come to reliving the glory of their self-titled album and the criminally underrated Timebomb with just enough of the catchy commercial moments that will get on contemporary radio. With guitarist Keith Nelson producing, they have taken a classic rock approach by selecting the ten best cuts and not flooding the album with filler.

Rock ‘n’ Roll might have saved Buckcherry from continuing down a directionless musical abyss. The strongest tracks on the record are the opener “Bring It On Back” which is sure to go off very well live, the soul meets rock “Tight Pants” which features “real” horns on it, “The Madness” which merges the classic Buckcherry sounds with the more contemporary Buckcherry, and of course what would a Buckcherry be without a ballad on this record — we get “The Feeling Never Dies.” Buckcherry have begun to right the ship with Rock ‘n’ Roll, which is a damn fine album!