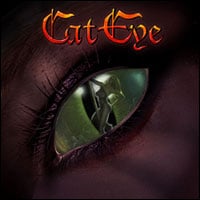 Production:
Produced by Lars I. Pedersen, Magne Nyberg and Affen.

Review:
21 Guns and Sons Of Angels front-man Solli once fronted Norway’s Cat Eye. But when he was unable to continue with the band, how would they go about replacing him? Well, they recruited female Ida Haukland who sounds like a metal version of Heart‘s Anne Wilson or a young Lee Aaron – a very powerful voice indeed.

There really isn’t a bad tune on this five song EP, as the band unites traditional metal with 80s hard rock. One minute you can hear a D:A:D guitar pattern and the next some Scorpions or Iron Maiden, and above it all are the gritty vocals of Ida. “Backseat Queen” is the gem on this disc. Starting off with the sound of a car starting before the guitar riff starts up – this reminds me of early 80s metal, back when it was substance over flash. Bonus points are awarded on this one for a female singing a song about a man picking up a woman.

“Goin’ Down” is a super-charged number that seems to take the best from several different genres of rock/metal and create something incredible. The drumming stands out on the melodic “Wicked Woman”, a song that drives its message through with a soaring chorus. This is one of those discs that remind you of other bands, but you can’t seem to pinpoint who – all in all Cat Eye is impressive. I’d like to hear a full-length from these guys, but in the meantime you can purchase this EP at www.cateyeband.com.