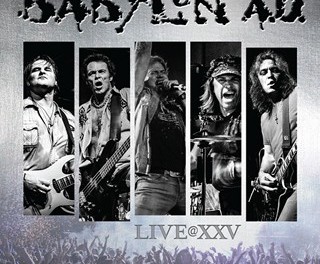 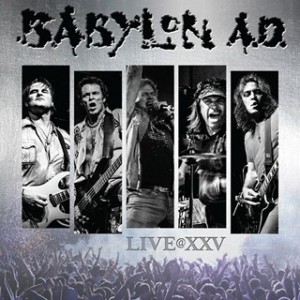 Review:
Given that I attended high school in the late ’80s, I unfortunately missed a few upcoming bands prior to grunge taking over and wiping out most of the less established metal acts. One of the absolutely stellar (as I would eventually find out) bands from that era that slipped past me at the time was Babylon A.D.

I blame the transition from high school to university, and all of the doors that get opened with such a change, with my focus straying away from discovering promising new bands. That and the dissipation of my school network of heavy metal aficionados led to a stale period of listening to the same groups often putting out subpar material — but that would all change around 2006 when I stumbled onto the Sleaze Roxx website. Last year, while attending a Steel Panther concert, I met a very knowledgeable music lover who rhymed off a number of bands that I had overlooked from late 1989 until grunge reared its ugly head. The one band that my newfound friend seemed to recommend with the most conviction was Babylon A.D. I quickly ended up purchasing the California band’s first two albums — their self-titled debut (which I paid $50 for a used copy, until recently the most I had ever paid for a CD) and 1992’s Nothing Sacred — and both have been in regular rotation ever since.

The sad part about grunge killing off (or at least delivering a vicious blow to) the ’80s metal genre is that talented bands such as Babylon A.D. never got to reach their full potential. Babylon A.D.‘s phenomenal new live record, Live@XXV, offers a glimpse of what a fantastic live band the Bay Area rockers once were… and still are to this day. Right from the start, you can feel the energy that the group exudes on stage. Playing mostly tracks from their stellar debut record (a whopping 80% of the album shows up here), Babylon A.D. prove that they still have the chops to put on a kick ass live show twenty five years after first coming onto the hard rock and metal scene. However the band’s other albums, including my favorite Nothing Sacred, mostly get the cold shoulder with only one track appearing from each and none from In The Beginning… Persuaders Recordings 8688. Perhaps I should pick up the group’s first live offering, 1998’s Live In Your Face, to get a few more songs emanating from Nothing Sacred.

I think what I like the best about Live@XXV is that it sounds so gritty and real. I can almost see myself in the general audience rocking and sweating it out while listening to the record. As with Live In Your Face, and presumably most of Babylon A.D.‘s live shows, the band close out their set with two covers — in this case Montrose‘s “Rock The Nation” and U.F.O.‘s “Lights Out London”. Babylon A.D.‘s Live@XXV is one heck of a live album — and I rank it with the best that I have ever heard, which for me includes KISS‘ Alive and Iron Maiden‘s Live After Death.