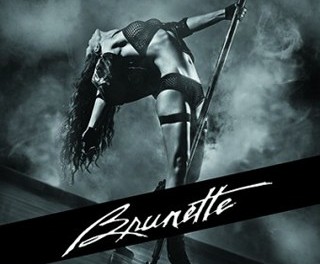 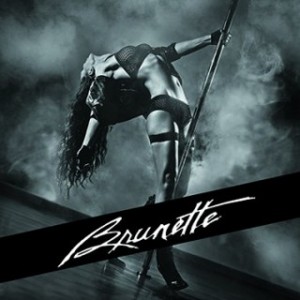 Review:
With countless record labels popping up over the years specializing in reissuing long lost material, the press releases promoting such albums become rather predictable. The story goes something like this; talented up-n-comers sold out countless shows in their hometown and were on the verging of becoming household names when grunge burst upon the scene and killed all hopes and dreams — and said group quickly disbanded. While there may be some truth to these claims, the fact is that many of these unknown bands just didn’t have the songs or the ‘it’ factor to set themselves apart from the crowd. The same can’t be said for Brunette.

Brunette had the talent and songs to launch them towards commercial success, but for whatever reason it never happened and the band has been relegated to nothing more than a musical footnote. Brothers Johnny and Joey Gioeli would quickly team with Journey‘s Neal Schon to land the elusive record deal as Hardline, while Jay Scott King resurfaced in the underrated Big House which garnered some popularity in Canada. Even today Johnny Gioeli has thriving career singing for Axel Rudi Pell, so there is no denying Brunette had the musicianship to be a hard rock force in the early ’90s.

Of course (as shown by so many super-groups these days) musicianship doesn’t mean much if the songwriting fails to deliver — yet that is exactly where Brunette excelled. On 1989-1990 Demos you can hear the sound that eventually created Hardline, but in a much heavier and ’80s hair metal tone. Songs like “Wanted For Love”, “Do You Know Me”, “Smash Crash & Burn”, “Let It Go Down” and “Lady Love” are among the best you can find from the dying days of hard rock’s popularity in the early ’90s. I’m not lying, those five songs in particular capture everything that made commercial hard rock a force to be reckoned with — huge hooks, catchy choruses and wailing guitars. And that isn’t even taking into consideration the remaining tracks that flesh out 1989-1990 Demos, a collection that rivals most of what was released during hard rock’s heyday.

When I first ventured onto the World Wide Web over a decade ago, before the influx of mp3s, you had to find like-minded people to trade music with. During one such transaction I received Brunette, and the songs sound as electric now as they did way back when. Yes, apparently everyone who failed to break into the mainstream was dealt a bad hand — but in the case of Brunette truer words have never been spoken. When it comes to every faceless long-haired rocker who had dreams of grandeur smashed by changing trends, Brunette are arguably the ones who deserved stardom over anyone else.