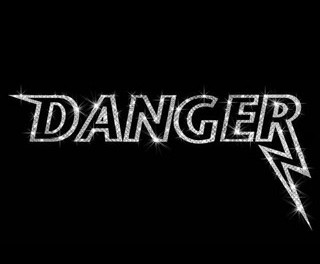 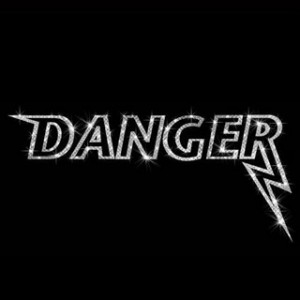 Review:
It’s the job of a musician to write music. However in today’s game of rock ‘n’ roll writing good music isn’t always enough, as modern artists often need to be their own business advisors, promoters, managers and have an image to uphold — because it’s not just about the music, but also show business.

Danger can definitely write good music and have their image down pat, but as far as the sleaze rock genre is concerned there are some shining moments of (dare I say) brilliance in songwriting found here. The Swedish rockers combine harmonies and melodies with their dirty overtones to make this album the epitome of delightful pop-metal. There are shades of simple KISS meets Motley Crue and Ratt, and many of the songs are so infectious they will suck you in and make you addicted like a fat kid on ‘Smarties’.

The plot thickens however, when you take a look at some of the members who make up the band, as Danger has two musicians who switch up lead vocals duties throughout the album. For some rock fans ‘in the know’, one of those vocalists is Rob Nasty — if that name sounds familiar it’s because he’s no stranger to the sleaze genre and was the frontman for Loud N’ Nasty circa the early 2000’s. Loud N’ Nasty was one of the first bands with the guts to come out of the post-grunge ’90s woodwork and play upbeat rock.

Danger‘s self-titled album is also big on sonic production — the sound has that pristine unadulterated spotless presentation that you’d expect from a major label release. Production aside however, the songwriting is just what a fan of the sleaze genre craves: fun songs to get a speeding ticket to and crank up at your party with lyrics chalk full of sexual innuendo and rebellion. The hard-rocking riff-driven tracks “D.C.A. Hollywood”, “Down With The Devil” and ‘Body To Body’ (which the band released a video for) could make whatever members remain of Ratt envious of ’80s rock decadence. “Mightnight Shocker” borrows a riff from classic T-Rex, while “California Red” and “Rockstar” round out Danger‘s penchant for writing commercially savvy pop-metal tracks.

Danger‘s self-titled debut is one album you can’t go wrong with and I would highly recommend it to anyone who is a fan of ’80s-inspired glam with a sprinkle of ’70s influence.