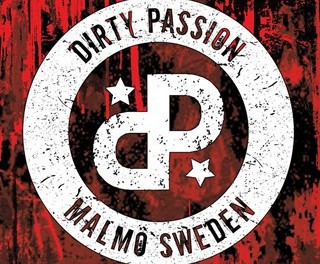 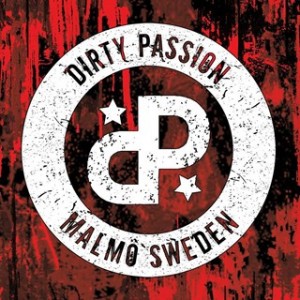 Review:
Having never previously heard any music from Dirty Passion, despite the band having already released two albums — 2010’s Different Tomorrow and 2012’s In Wonderland — the group had a clean slate for this review. What I quickly found out when listening to Dirty Passion‘s new self-titled record is that it is hard not to like the Swedish rockers’ latest offering. Quite simply, the songs are catchy, fast paced and rock in the fine tradition of some of the best sleaze bands out there.

Dirty Passion deliver in a big way with their self-titled third record — every song is a good one. There are no slow plodders to try to break the mood, instead it is pretty much pedal-to-the-metal from start to finish but with melody and catchiness being the focus via a solid rhythm section, clear easy to decipher vocals from singer Kriss Iohikoski and killer guitar solos and licks (when appropriate) from lead guitarist Chrisse Olsson.

It is tough to pick one track over the other because all of the songs on Dirty Passion are quite good. Nevertheless, if I have to pick a few favorites off the record, I’ll go with the opening track “Hallelujah”, which I find showcases all of Dirty Passion‘s qualities, the catchy “Bitch”, the quick paced “Get Back” and the album closer “Shame”, which includes a guitar solo from Olsson that in part reminds me of Eddie Van Halen.

There are always things that can be improved upon on any record. With Dirty Passion I have a few minor pet peeves, including that Iohikoski‘s vocal delivery does sound very similar and mostly in the same range from one song to the next. Also the intro to “Bad Karma” seems pointless and straight out of a bad low budget movie and “42 Nights” really borders into pop-rock territory. That being said, these are minor “issues”.

In terms of originality, Dirty Passion likely won’t be bringing home any awards anytime soon with their latest studio album — but overall, the Swedish rockers have come up with a solid rock and roll record that will likely satisfy any sleaze rock listener.