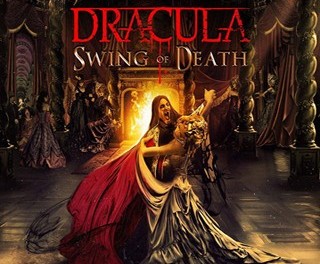 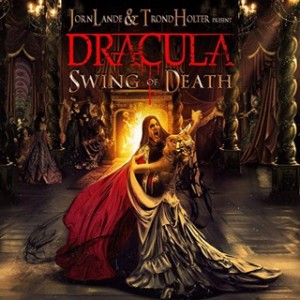 Review:
In my mind, Jorn Lande has always been one of the most talented lead vocalists out there. I first learned of the Norwegian singer due to his work on the first two Masterplan records, which was nothing short of magical and spectacular. Unfortunately, as I delved into Lande‘s solo work (hoping for more of the same), I was left quite disappointed — in particular his 2011 live release, the aptly named Live In Black, which I thought would provide a strong sampling of his solo material, left me unimpressed with the powerhouse vocalist. There were of course some exceptions, as the two Lande cover albums (Unlocking The Past and Dio) proved to be really good, and I’ll reserve judgment on the Allen-Lande collaboration until I dig deeper into their music.

Accordingly, it was with a bit of trepidation that I agreed to listen to Lande‘s latest project upon the suggestion of my friend Eduardo. I’m not much of a fan of symphonic-metal albums, so learning the vocalist had decided to make a rock opera album based on Bram Stoker‘s Dracula did not resonate with me. However, after one listen to the opening track “Hands Of Your God”, I instantly knew that Lande had likely hit a home run with his solo guitarist Trond Holter and their Dracula project. I immediately elected to purchase the CD, and shortly after its arrival I realized my hunch had paid off — Swing Of Death is one great record!

All I can say is that Jorn Lande‘s magical touch is back! Swing Of Death starts off with a classically inspired guitar melody before Lande starts singing, and then “Hands Of Your God” starts building towards an amazing crescendo. Next up is “Walking On Water”, which I find most similar to what Masterplan came up with on their first two releases. The beginning of “Swing Of Death” reminds me of a track that could be found on Alice Cooper‘s masterpiece School’s Out — a little piano, some violins, and jazz parts all mixed together into a clever hard rock song. “Masquerade Ball” kicks off with a piano that could easily take you back to Cooper‘s Welcome To My Nightmare and keeps that theme throughout, except that Lande‘s voice provides a new powerful dimension. “Queen Of The Dead” again reminds me of early Masterplan and contains some blistering guitar solos from Holter.

On “Save Me” the listener is introduced to the powerful and clear voice of guest female vocalist Lena Floitmoen, who provides a very nice and beautiful contrast to Lande‘s raspy delivery. Floitmoen then appears on three of the last four songs featuring vocals (“True Love Through Blood” is an instrumental), and with her addition on the latter half of Swing Of Death it almost feels like two different albums — with Lande handling the darker and slower songs found on the first half, and the duo exchanging lead vocals on the more upbeat second half.

There is always a real risk that a rock opera, or concept album, filled with many different instruments and tempos will fall flat on its face (everyone will remember KISS‘ Music From “The Elder”). But when such a record is done correctly it can truly be a masterpiece with so many different sounds to explore and twists and turns to go through. Dracula‘s Swing Of Death is a brilliant record that will likely end up within my top five of 2015 — and will be very hard for Jorn Lande and Trond Holter to follow-up.