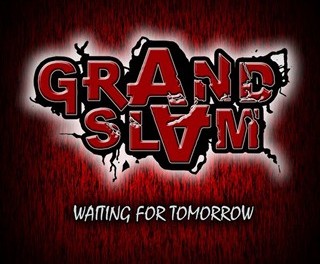 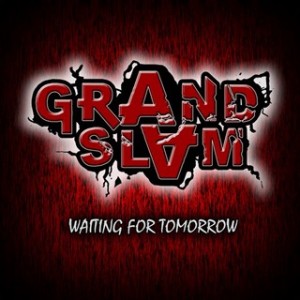 Review:
Being a tennis fan, I automatically attribute ‘grand slam’ with the sport’s crowning achievement rather than music. In this case though, Grand Slam are melodic rock crooners hailing from Sweden that released an EP entitled Waiting For Tomorrow in 2014. They recently signed a distribution deal with German label AOR Heaven for their upcoming full-length, which is scheduled for release sometime this fall. From what I understand, this three song EP is a precursor of what is to come from their impending debut later this year.

I readily admit that I’m not a huge ‘melodic rock’ fan, as I often find bands that play this style of rock don’t have enough “punch” to their music. I’m also not into keyboards in general, although groups such as Masterplan (mostly their earlier work) and H.E.A.T can work wonders by incorporating them into their sound. With these provisos in place, I bring you Grand Slam — a six member band that includes two guitarists and a keyboardist.

Considering there are only three songs, Waiting For Tomorrow goes from good to bad fairly quickly. The best song by far is the opening “Get High”, which kicks off with a short but captivating guitar solo. Andy Sinner‘s vocals are pretty much isolated for the first verse before the catchy chorus kicks in. The song continues to build as the chorus of, “C’mon, get high”, gets further embedded into your psyche through several different forms — from Sinner himself to chanting background vocals piping it out. Overall it works quite well, and you will have a hard time not singing the chorus long after the song has ended.

“Don’t Leave” begins with a very ’80s reminiscent guitar riff — unfortunately, the rest of the music doesn’t add much and the beginning of the intro verse is just awful. Although the chorus is once again memorable, the song itself is painful and I was relieved when it finally ended. The closing title track is the type of stuff I usually never listen to — a keyboard laced track that never lets up on them! The band advertises on their website that, “Grand Slam play melodic rock with powerful songs and arena choruses that everyone can sing along to even if it is the first time you hear the songs.” On the latter standpoint, Grand Slam have achieved their goal.

Even if you didn’t speak English, odds are you could sing along to the choruses of each song found on Grand Slam‘s debut EP. However, there is a lot more to a song than a catchy chorus, and that is where Grand Slam still have a lot of work to do. Simply put, two thirds of Waiting For Tomorrow is really lacking and could be a whole lot better.