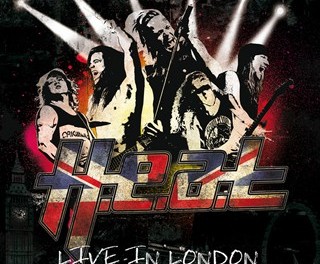 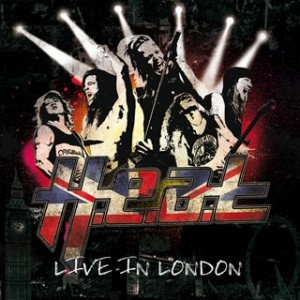 Review:
Live In London comes at a time in H.E.A.T‘s history that is eerily similar to what Judas Priest did during their storied musical career. In H.E.A.T‘s case, they have four studio albums under their belt and arguably have been getting better and gaining more popularity with each release. Judas Priest on the other hand had released five records by the time Unleashed In The East arrived, and were also reaching new heights both in terms of song writing and popularity. If H.E.A.T can follow Live In Londonwith an all-time classic like Judas Priest did with Unleashed In The East‘s follow-up British Steel, the similarities in terms of career progression between both bands will continue. Only time will tell, but for now, what I do know is that the Swedish rockers’ first live release is impressive and proves that the members of H.E.A.T are more than just very good studio musicians.

While there is no question that I am a big fan of H.E.A.T‘s latest studio album Tearing Down The Walls (read the review here) — which prompted me to purchase the rest of the band’s discography in a heartbeat — I could never get into their prior breakthrough record Address The Nation, as I found it quite over produced and at times too pop-rock oriented. Nevertheless, I promptly elected to take the plunge with Live In London on the strength of Tearing Down The Walls, in the hope that the rest of the band’s catalogue would come alive thanks to the live setting. I am glad I did, because Live In London is exactly what I was hoping it would be — and frankly, even better than I imagined it could be!

When it comes to this album, there is no question that the tracks emanating from Tearing Down The Walls rock. What was surprising to me was how the rest of the songs, most of them stemming from Address The Nation, were on par with the Tearing Down The Walls material. Gone are the polished and sometimes ultra produced songs, replaced by versions that have a raw live edge that really make them come alive. If there were any doubts that vocalist Erik Gronwall is one of the best up and coming singers in hard rock today, there should be none left after hearing him perform throughout Live In London. This guy is the real deal — what a voice!

Everything included on Live In London is good, with some songs bordering on all-time classics. My favorites tend to be the ones coming from Tearing Down The Walls, such as “A Shot At Redemption”, “Inferno” and “Mannequin Show”. Out of the tracks not stemming from H.E.A.T‘s latest studio album, “1000 Miles”, “Downtown” and “Breaking The Silence” are the stand-outs.

One thing I know for sure after listening to Live In London is that I would have no hesitation whatsoever in seeing H.E.A.T perform in a live setting. The whole band rocks from start to finish during Live In London, and I can’t wait to see them on tour!