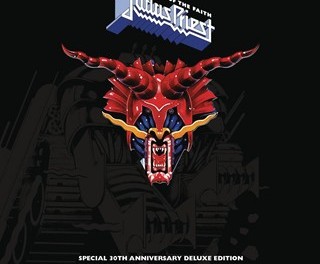 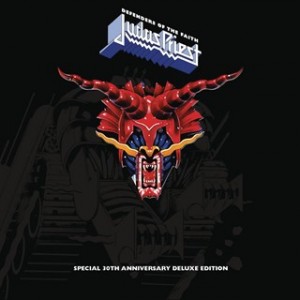 Review:
Judas Priest‘s Defenders Of The Faith era will always hold a special place in my heart. The first time I heard the ‘Metal Gods’ was when I saw their video for “Love Bites”, and one of the first cassette purchases I ever made was Defenders Of The Faith. Almost two years later (why on earth did it take me so long to attend a concert?), my introduction to live performances took place during Judas Priest‘s Turbo tour (click here to read that retro concert review).

Accordingly, to state that I was excited when Judas Priest announced they would be releasing a ‘Special 30th Anniversary Edition’ package to commemorate the release of Defenders Of The Faith, would be an understatement. What makes this anniversary collection so special is that the British metal pioneers quite simply offer value for your money. In this case you get an entire live show recorded at Long Beach Arena back on May 5th, 1984, during the ‘Defenders Of The Faith Tour’, which could easily have been released on its own like 1987’s Priest…Live! Throw in the remastered version of Defenders Of The Faith, arguably the best Judas Priest record ever made, and you have a reissue well worth purchasing.

Just like Priest…Live!, Judas Priest played the majority of their newest record on the ‘Defenders Of The Faith Tour’ — in this case it means a whopping nine out of ten songs from Defenders Of The Faith find their way onto the 21 track live setlist. While having to hear so many new songs might have been a bit disappointing for the Long Beach Arena concert attendees at the time, experiencing so many compositions from that iconic release while revisiting the live show almost thirty years later is a real treat. Even Defenders Of The Faith tracks that I have never been all that fond of — such as “Night Comes Down”, “Heavy Duty” and the title track — sound quite good live and there is no question that the band as a whole sounds fantastic, from Rob Halford‘s piercing trademark screams to the twin guitar attack of Glenn Tipton and K.K. Downing. Some might be disappointed that the ’84 Long Beach Arena show is not available in DVD format, but I for one don’t really care whether it is or not.

Noticeably absent in the photos contained within the ‘Special 30th Anniversary Edition’ CD booklet is Dave Holland, Judas Priest‘s drummer at the time. It seems that the group (along with other musicians that played with Holland over the years, such as Tony Iommi) have tried their best to distance themselves from the musician given that he was found guilty in 2004 of attempted rape and several indecent assaults against a 17-year-old male drum student with learning disabilities, and ultimately sentenced to eight years in jail. The booklet is interesting to read though, given that Judas Priest revisit their infamous show at Madison Square Garden which resulted in a lifetime ban from the iconic venue.

If you enjoy Defenders Of The Faith, picking up the remastered ‘Special 30th Anniversary Edition’ is a no brainer — and you will be guaranteed to relive the magic from that classic Judas Priest era.