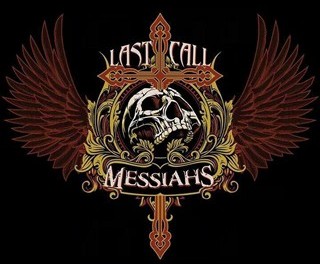 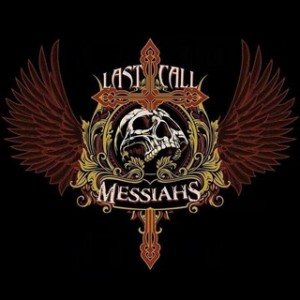 Review:
Think sleaze meets punk meets metal meets a whole of attitude and you have the Last Call Messiahs down to a T — not unlike a cross between Faster Pussycat and L.A. Guns. The North Carolina band’s self-titled EP may only have four songs but they are all chock-full of attitude and swagger, while everything about the debut screams sleaze.

Last Call Messiahs‘ debut EP is a good example of less being more. Rather than offering a few too many songs, with the chance that one might end up being a dud, these newcomers only deliver four fantastic slabs of sleaze that I could listen to all day long. Every time I think I’ve nailed down my favorite song on this EP, I listen to the next track and change my mind.

The opening “City Of Trash” reminds me of early Faster Pussycat with its attitude and song progression, while the moody “Hollywood & Vine” proves that Last Call Messiahs have more to offer than just anthemic rockers. “Last Call Messiah” must be the band’s customary show closer because it has all of the elements of an excellent song — great guitar riffs, verses that perfectly set up the catchy chorus, and a killer yet uncomplicated guitar solo. “Sinner’s Swing” closes off the EP and is built on a nasty guitar riff and highlighted by some fierce pounding from drummer Chuck Tipton. No matter how good the songs on this EP sound, I have to think that hearing them played live would be even better.

On their website the Last Call Messiahs describe themselves as an, “all original American hard rock band with plenty of sleazy swagger and bourbon soaked adrenalin to have you banging on the dashboard and screaming along at the top of your lungs. This is venomous, anthemic rock n’ roll to raise your glass to… 180% proof that the dream never dies” — and the band is bang on with respect to their own assessment. Although Sleaze Roxx admittedly covers many different styles of hard rock and metal, the heartbeat of the website are sleazy bands — and the Last Call Messiahs fit (to coin part of a KISS song title) ‘like a glove’!