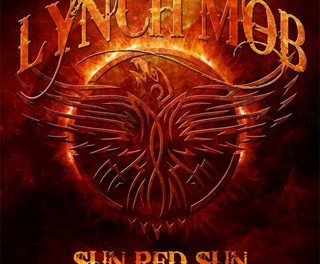 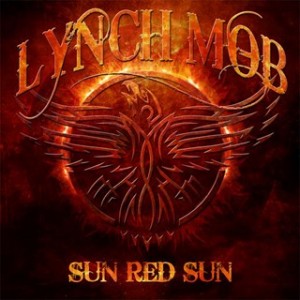 Review:
The fab duo of vocalist Oni Logan and guitar hero George Lynch will likely never recapture the magic they created on Lynch Mob‘s debut record Wicked Sensation, but they can still crank out some solid blues filled hard rock tunes from time to time.

The band’s latest offering, Sun Red Sun, contains some trademark Lynch Mob tunes but really nothing that stands out that much. You have the blues oriented groove filled hard rock that the band is quite good at, Logan‘s unique vocal delivery, and Lynch‘s signature playing style which occasionally takes you back to the glory days of Dokken (check out his guitar solo on “Believers Of The Day”). Unfortunately, while most of the songs are enjoyable, there is nothing that I pine to hear on a consistent basis.

The deluxe edition of Sun Red Sun is really a collection of two EPs — seven new and previously unreleased songs along with four remastered tracks from the band’s 2012 Sound Mountain Sessions release. I can’t ever recall songs getting remastered a mere two and a half years after their initial release, but that is the case here with the bonus tracks — which, overall, are better than what Lynch, Logan, bassist Robbie Crane and drummer Scott Coogan offer with the seven new compositions.

Tracks such as the instrumental “Black Waters” and “Play The Game”, with its rather disappointing chorus, are pretty dull to listen to. “Subliminal Dream” would likely fall in that category as well, but is “saved” by the chorus. There are still a few tracks on Sun Red Sun that are worthy of being played live, including the opener “Believers Of The Day”, the groove oriented (and album highlight) “Burnin’ Sky”, and the title track “Sun Red Sun”, a beautiful ballad that pays tribute to the late Badlands frontman Ray Gillen. Out of the four Sound Mountain Sessions remasters, “Slow Drag” still sounds great while “World Of Chance” feels a lot longer than its actual five and a half minute length. It is rare these days that you can catch a mistake on a CD booklet, but there appears to be a typo on the last song “Sucker”, which was called “Sucka” when it originally appeared on the previous EP.

Sun Red Sun is a hit and miss affair, however the good tracks are worth the price of the EP alone — and some new original material from Lynch Mob is better than nothing.