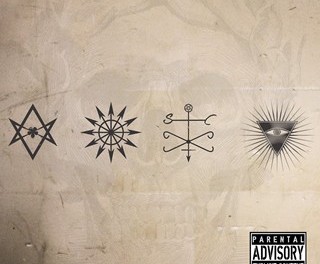 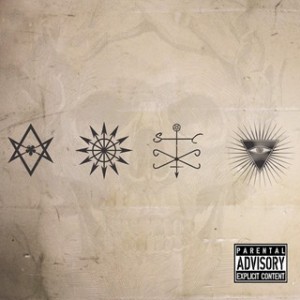 Review:
After naming Screaming For Adrenaline 2013’s Sleaze Roxx album of the year, expectations for Santa Cruz‘ sophomore effort were exceptionally high. Never in my wildest dreams did I expect the follow-up to end up like this — at times an unrelenting evolution, but all too often a colossal disappointment. When press releases stated the Finnish group were distancing themselves from the glam metal approach of their past, I didn’t realize how far they were willing to remove themselves from their previous sound.

There were a few times when Santa Cruz reminded me of the progression Skid Row made between their debut and the much heavier Slave To The Grind. However I quickly realized those similarities were in the minority and instead I was listening to a group that was willing to completely alter their sound in an effort to appeal to a modern rock audience that would probably never embrace them. To tell you the truth, by the time I got to the second half of this album I was feeling annoyed, pissed off and betrayed.

There were a few elements of the opening “Bonafide Heroes” that should have triggered alarms inside my head (such as the intro, rapid-fire stop/start drumming, and mellow chorus), but overall I found the song to be a hard-hitting sleaze anthem. “Velvet Rope” was even better, a profanity laced metal tirade that brought back images of Sebastian Bach in his prime, but “My Remedy”, which experimented with several different sounds and tempos, and “6 (66) Feet Under” came very close to testing my patience. And then things took a drastic turn for the worse…

I’ll come right out and say it, “Bye Bye Babylon” is absolute shit, simply because I have zero interest in hearing Santa Cruz mimic The Smashing Pumpkins. “We Are The Ones To Fall” and “Wasted & Wounded” slowed the overall decay of the album, but the last three songs were embarrassingly bad and should have ended up on the cutting room floor. The album’s ending really did nail home a truth I was trying to avoid from the time my finger pressed play — that Santa Cruz had completely altered course, leaving old-school fans such as myself in their rearview mirror.

I have nothing against artists evolving or trying to reach a broader audience, but Santa Cruz takes things to an unwelcome extreme. Not only does this album represent a transformation for Santa Cruz (and with it being self-titled, a new beginning), but it also reeks of bandwagon jumping. To put things into perspective, I probably haven’t been this disappointed in a release since Shotgun Messiah‘s Violent New Breed or Wildside‘s self-titled debacle — luckily the press previews came out early enough to allow me time to cancel my pre-order.