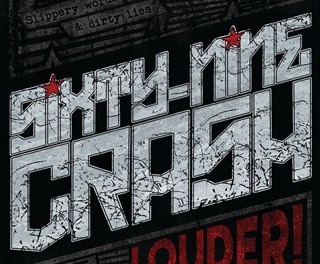 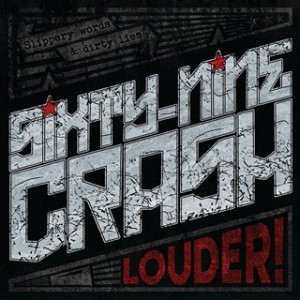 Review:
When I first heard the single “Louder” from Sixty-Nine Crash‘s debut album of the same name, three things stuck out right away. One, how good the Brazilian rockers’ music sounded; two, that the band had a great guitarist; and three, that they were very European sounding with singer Jay B. Roxx‘s distinctive, but slightly monotone, vocal delivery.

After finally hearing the entire debut record from Sixty-Nine Crash, my initial impressions while listening to that first single were pretty much confirmed and right on the money. The music on the album (which unfortunately is only available in digital format at present) sounds really good, and credit for that probably goes to go both producer Celo Oliveira and the Sixty-Nine Crash members of guitarist Davis Ramay, bassist Andy Carvalho and drummer Adriano Morais — who sound really tight. Interestingly, Morais is not officially part of the band and apparently more of a hired gun as Roxx advised me that the band is a three piece, sort of like Sixx:A.M. Perhaps they should make Morais a permanent member because the music on Louder! sounds great and he seems to have great chemistry with the remaining band members.

My first impressions of guitarist Ramay were also spot on — killer licks, scorching solos… can you say guitar God? This guy can play and his fantastic guitar chops are not limited to the first single “Louder” but prevalent throughout the entire record. This takes me to Roxx‘s vocal delivery — while his vocals are for the most part enjoyable, and certainly give the band a distinctive sound, they are also the weakest link in Sixty-Nine Crash‘s sound. I think the biggest knock on Roxx is that his singing mostly stays in one register for the entire record — be it for the rather fast paced ballad “Back Again” (definitely the worst song here) to any of the better and more up-tempo tracks such as “Louder”, “Wicked” and “Wasted In Dreamland”.

Overall, Sixty-Nine Crash have some good songs on their debut album. However, since a chain is only as strong as its weakest link, Louder! will rise or fall based on whether people enjoy Roxx‘s vocals. What makes Sixty-Nine Crash‘s situation very interesting is that Roxx wrote all the songs on Louder! (which is impressive), but therefore the odds of someone else handling lead vocals as the band moves forward are slim to none.