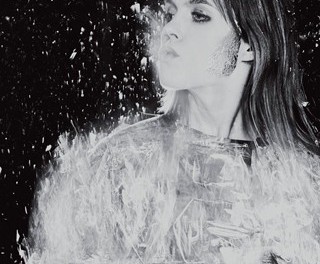 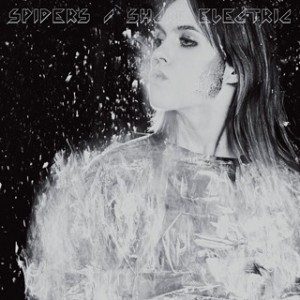 Review:
Was this CD really released in 2014? Had I not known any better, I would have guessed that Spiders‘ sophomore effort Shake Electric dates back to the ’70s. Everything about it, from singer Ann-Sofie Hoyles‘ voice, to the psychedelic guitar riffs, to the blaring harmonica, screams to the overall ’70s inspired sound — except the production, which thankfully is in line with releases from the last five years.

Every time I put on Shake Electric I am transplanted to an era where music was experimental, yet rocking — and where there were really no rules on what you could create. Shake Electric starts off with “Mad Dog”, which is highlighted by an infectious yet simple guitar riff and Hoyles‘ retro styled vocals. Just like the song title, the track takes you over like a mad dog, sinks its teeth into you and does not let you go. The following “Shake Electric” is even better with the blaring harmonica at the end, the fantastic drumming provided by Ricard Harryson and of course Hoyles‘ mesmerizing vocals. Every song on Shake Electric is good with each sucking you in a little further as the compositions are, for the most part, fairly fast paced, yet feel like there is a dark psychedelic cloud hovering over them.

The songs on Shake Electric take me back to Alice Cooper‘s heyday, when that band produced a few masterpieces — namely Love It To Death (one of my all-time faves), Killer and School’s Out — while incorporating all sorts of sounds and song structures devoid of any real rules. Shake Electric feels closest to Love It To Death in terms of psychedelic yet rocking tunes, but with much better production. I have many favorite tracks on this release, but if I had to restrict myself to only four I would pick the opener “Mad Dog, the title track, “Give Up The Fight” and the album closer “War Of The World”.

Shake Electric will surely crack my top ten list for 2014 — it is not the usual musical fare that I listen to, and that is probably what is keeping it from really breaking into the top five. Nevertheless, great music is great music and there is no denying that Sweden’s Spiders have hit a home run with Shake Electric.