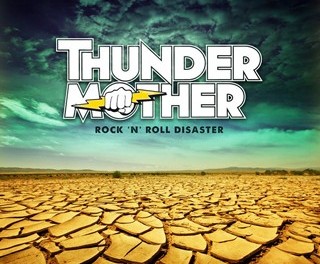 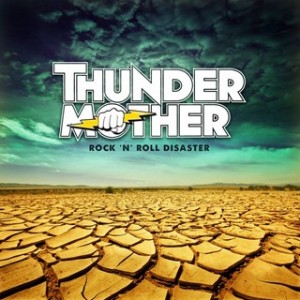 Review:
There aren’t many all female hard rock and heavy metal bands on the scene, and that is a real shame — because the five female members of Thundermother could likely more than hold their own against just about any male dominated group. What would AC/DC sound like if they were fronted by a female vocalist and played their songs at a slightly faster pace? Well… they would probably sound like Thundermother.

Rock ‘N’ Roll Disaster kicks off with a slow guitar riff reminiscent of vintage AC/DC, and from then on the listener is treated to songs that could pass as AC/DC classics to a large extent if it wasn’t for Irish-woman Clare Cunningham‘s bluesy, yet powerful, vocal delivery. Although I like the slower opener “Man With Blues”, there are many better tracks on Rock ‘N’ Roll Disaster — including the anthem like title track, the quick paced “The Dangerous Kind” and “Cheers”, and the song that arguably started it all for the band, “Shoot To Kill”.

Thundermother‘s debut record is anything but a disaster, as it is mainly one great track after another. It also appears that the band is Swedish lead guitarist Filippa Nassil‘s brainchild, as she has either written, or had a hand in writing, all the songs found on Rock ‘N’ Roll Disaster. I assume that the members of Thundermother would admit that their sound is very closely tied to AC/DC a lot of the time, but perhaps some effort could have been made to distinguish themselves a little more from the great and legendary Aussie band. Even song titles such as “Shoot To Kill” and “Rock ‘N’ Roll Disaster” flirt very closely with AC/DC titles such as “Shoot To Thrill” and “Rock And Roll Ain’t Noise Pollution”.

Whatever the case, Thundermother has come up with a strong debut record that will garner few points for originality but makes up for it with fun, straight-ahead, and well played rock and roll. All I know is that I have been recently flooded with tons of new records to listen to, but I keep coming back to this album. If you like AC/DC, and female vocalists, you simply can’t go wrong in picking up Thundermother‘s Rock ‘N’ Roll Disaster.