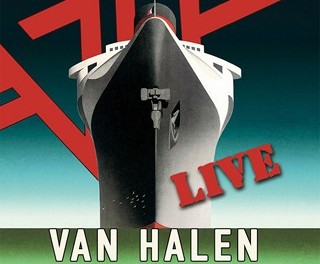 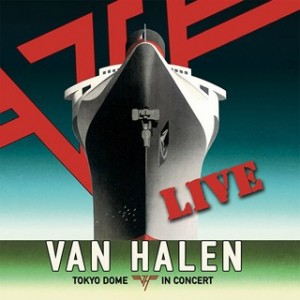 Review:
If there has been one long overdue release, it has to be a Van Halen live album with the incomparable David Lee Roth at the helm. This oversight is finally rectified with the release of Tokyo Dome Live In Concert, and just one look at the setlist proves how special this release really is. Van Halen produced so many great songs during theDiamond Dave era that it is truly awesome to finally get a live record showcasing all of these iconic tunes.

Although Van Halen continued to experience a lot of success post-Roth, with his replacement Sammy Hagar, it is noteworthy that their two Diamond certified (over 10 million sold) albums — their self-titled debut and 1984 — featured Roth. Throw in four other multi-platinum studio releases with Roth and you begin to appreciate just how big an impact the original Van Halen had on the hard rock genre. No offence to Hagar, but I always felt that 1993’s Live: Right Here, Right Now was not a true live representation of the band, since only four of its tracks were from the Roth days — but the ship has finally been righted with the release of Tokyo Dome Live In Concert.

Excellent Van Halen songs that never received the live treatment on Live: Right Here, Right Now are found here, including the amazing ballad “I’ll Wait” (whose intro still gives me goose bumps), “Hot For Teacher” (which was the subject of one of the best videos ever made), “Beautiful Girls” (which is tailor made for Roth‘s California feel) and the underrated “I’m The One”. There are so many great tracks on Tokyo Dome Live In Concert that it is a real pleasure to listen to them all. Even the new songs (and I use that term loosely given that some of them originated from 35 year old demos) from A Different Kind Of Truth — consisting of “She’s The Woman”, “Tattoo” and “China Town” — fit quite nicely into the setlist.

In my mind, there are two things that most people will scrutinize regarding Tokyo Dome Live In Concert. The first is that bassist Michael Anthony is not in the line-up, having been replaced by Wolfgang Van Halen. While it would be cool to have the original Van Halen line-up back together with Anthony in tow, the reality is that he was seemingly on Hagar‘s side against the Van Halen brothers towards the end. In addition, you can’t blame Eddie Van Halen for wanting to play with his own son, given thatWolfgang is capable and talented enough to handle bass duties. Frankly, all I can say is that some people simply need to get over it — Anthony is no longer in the band… so what? The second issue is whether David Lee Roth still has the vocal chops to make Tokyo Dome Live In Concert listenable. Let’s face it, Roth clearly doesn’t have the voice he did three decades ago, and his vocals have sounded “shot” for some time. I remember seeing Diamond Dave live when he was touring behind Just Like Paradise way back in 1988, and he was already “talking” rather than singing half of the words during that fateful show. Luckily, this is not the case on Tokyo Dome Live In Concert as Roth sounds and sings good enough to get the job done — it certainly helps to have the amazing vocal harmonies of Eddie and Wolfgang Van Halen backing him up.