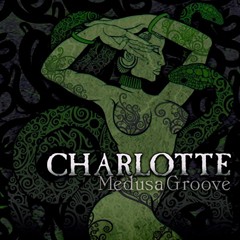 Review:
Hair bands were a dime-a-dozen in the late ’80s, and while the majority of them had the musical chops, many of them also seemed to think originality was a dirty word. L.A.’s Charlotte were one of those bands that are able to stand out from the crowd because they refused to partake in paint-by-numbers rock, instead taking risks at every turn — offering the listener something that is both familiarly entertaining and unique at the same time.

While many of their counterparts in the late ’80s/early ’90s were taking the party-hardy sound to the bank, something darker and more sinister was lurking within Charlotte. For instance, the title track and “Ocean Of Love And Mercy” are the heavy metal equivalent of a snake-charmer hypnotizing his reptile — the overall groove and drum clinic displayed on the opening cut is especially awe-inspiring. This is what I like about Charlotte, they’re inspired by the entire hair metal genre, as their sound ranges from Dokken to Great White to Kingdom Come to Kik Tracee, yet all the while their blues influenced hard rock has a vibe all its own. With so many twists and turns you would imagine that this CD wouldn’t flow very well, but nothing could be further from the truth. Medusa Groove catches the listener off-guard every chance it gets without stumbling too far into left field.

Take a song like “Little Devils”, now many rock bands have tried to put their own spin on the Led Zeppelin sound over the years, but few of them have captured that magic as well as Charlotte did here. “She Get It Up”, clocking in at just over two minutes, is about as predictable as this band gets before they go mix things up again with “Got Love On The Line”. The entire moody delivery returns for the gritty “Roadhouse Of Love” before wrapping up with the Dokken-esque “All Tied Up”.

Medusa Groove is another of these CDs that make you realize how much great music went unnoticed during heavy metal’s heyday. Recorded between 1988 and 1992, there is no worldly explanation why Charlotte didn’t top the charts, or at the very least secure a record deal, during the hair era — they even came from the genre’s hotbed… so what went wrong? To say it is criminal that it took roughly twenty years for these tracks to see the light would be a huge understatement. Charlotte was good… great even… and still sound incredible today.