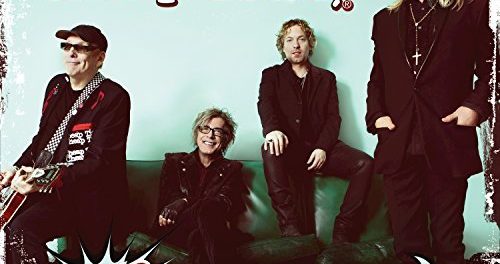 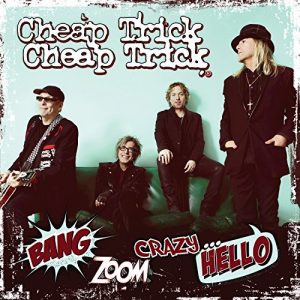 Review:
Cheap Trick formed in 1973, which means they’re exactly as old as me. That’s kinda scary. If VH1, Billboard, and Toronto’s local favourite radio station Q107 are any kind of opinion to be noticed, Cheap Trick consistently rank in the 100 Greatest Bands of All Time.  In 2016, they were inducted into the Rock N Roll Hall of Fame. According to the band’s website, they have sold over 20 million albums, and still tour extensively. It looks like they’re on the road with Foreigner for most of the summer, with a questionable pairing of Nickelback for a Canadian swing in September. This is the first release not to include my favourite eccentric drummer, Bun E. Carlos.

To be completely transparent, Cheap Trick hit my radar in 1987 when the girlfriend got all hot and bothered by “The Flame” on Lap Of Luxury. I liked that album, thought the Elvis cover of “Don’t Be Cruel” was neat, and the other tracks fit in with the pop sound of the time. I understand now that Live At Budokan was a real example of Cheap Trick, and that ’87 offering was simply an attempt to pander to the masses. I did witness the band live in 1989, and they were fantastic. What stood out for me were two things — Rick Neilsen’s guitar collection and Tom Petersson’s bass solo with a 12 string bass, which literally made the asbestos fall off the roof of the hockey arena.

OK, never mind, that was way too many years ago to count. The fact of the matter is that Bang, Zoom, Crazy…Hello is a solid album. It may not be sleaze, or real hard rock, but it is proto-pop at its best. Some tracks, like “When I Wake Up Tomorrow” sound very much like David Bowie. Others, such as “Do You Believe in Me” have a Weezer-style guitar riff during the verse, followed by a ’70s style chorus. “Long Time No See” opens with an ’80s keyboard, but quickly blows up into a solid rock song.   The rest of the tracks follow along in the same vein. I don’t feel the need to go song-by-song, because you get the idea by now.

This record is eclectic and engaging. It has many elements to say “Boom, Wow!” no matter what genre you may ally yourself to.  As I listen to Bang, Zoom, Crazy… Hello for a third, fourth, fifth time, I recognize it’s not really my usual style, but it really does have great songs. It may not be an album that I would drop in for exclusive listening, but I would sure put it into my shuffle.

Cheap Trick‘s “When I Wake Up Tomorrow” video:

Cheap Trick – When I Wake Up Tomorrow

Click here to Pre-order their latest release Bang, Zoom, Crazy…Hello http://smarturl.it/BangZoomCrazyMusic video by Cheap Trick performing When I Wake Up To…