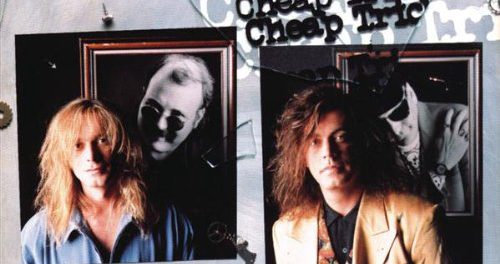 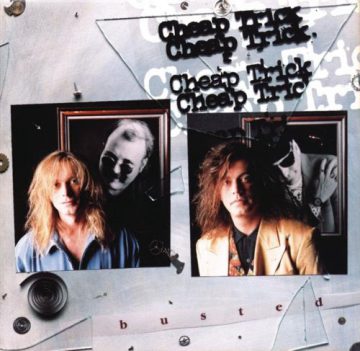 Review:
I can probably list the long-running groups that I fell for as a kid in the seventies and followed pretty much their entire careers on one hand. Maybe one hand and a finger or two. I’ll pretty much pick up any release by childhood faves KISS. I’ve been a fan of Whitesnake since five years before it was cool to like David Coverdale and company, Throughout the years, I’ve always found records by Aerosmith and Bon Jovi appealing, but out of the bands I love, the one that is perhaps the most consistent when it comes to putting out quality records over the years has been Cheap Trick.

Since being struck by the cover of In Color at the Frankfurt, Germany Post Exchange shortly after my arrival in 1978, I have been a fan of Cheap Trick and not only have I been blessed to see them live maybe more than any other band, but hang out, interview, and share a bite with some of the guys as well. Heck, I even was moved when Robin Zander pointed me out on my birthday just before the band played one of my fave tunes off of Dream Police. To say the band has been an ongoing part of the soundtrack of my life would be putting it lightly. I even own Zander‘s 1993 solo album of which I covered a tune from on a recent CD of my own. The four ’80s releases done minus bassist Tom Petersson also kept my attention but even so, I was excited when he returned for the band’s hit album Lap Up Luxury in 1998 and even more so for follow up Busted in 1990. If the timing was perfect for a much needed Cheap Trick record in my life, it was definitely 1990. In advance of my take on the record itself, let me just say thanks to the band for like the one millionth time.

Loaded once again with great songs courtesy of the band and a cast of some of the ’80s most successfully songwriters including Diane Warren and Foreigner‘s Mick Jones, Busted continues that power pop rock Cheap Trick tradition laid down by the ten records that came before. Their last for Epic Records, who apparently felt that while successful, not measuring up to previous smash Lap of Luxury was enough to kill any confidence it had in the band despite a track record of consistent sales for well over a decade. Some might say the proof is in the pudding as the band never again dropped a huge record but despite pretty much releasing albums on indie labels or on their own the past twenty-five years, Cheap Trick have regularly landed each release in the Billboard Top 100 going as high as #31 with 2016’s Bang, Zoom, Crazy…Hello. But that’s now. In 1990, Cheap Trick delivered a solid album that found itself doing respectfully on radio and in record stores. Not bad for a band entering into their third different decade.

While most will remember Busted singles “Cant Help Fallin’ Into Love”, the band written catchy pop track that was all over radio and MTV late summer, and the Diane Warren-penned power ballad “Wherever Would I Be”, which since has been covered by more people than an Andre the Giant blanket, it’s the deep cuts that makes Cheap Trick‘s first album of the ’90s a fun listen. Yeah, starting off with stop and go guitar anthem “Back ‘N Blue”, Cheap Trick kick Busted off with a song just as perfect for an  ’80s teen party movie soundtrack as it is for a fun Cheap Trick record and the hooky chants and sing-a-long rock and roll doesn’t stop there. “I Can’t Understand It” is oh so, “whoah oh” catchy, while “If You Need Me” about as close to perfect Cheap Trick power pop as you can get. “Walk Away”, a duet with Chrissie Hynde of the Pretenders, is not too far removed from the tracks to come on Zander‘s solo album and with “When You Need Someone”, Cheap Trick deliver one of the best ballads of the period never to be considered for release as a single.

At the end of the day, Cheap Trick are arguably the biggest bar band in the world always delivering entertaining live shows and the rock and roll is just as present on Busted as any album in the band’s catalog. The title track romps off with that Chuck Berry lifted guitar rock and roll the band has been cranking out better than anyone since the beginning and “You Drive, I’ll Steer”, a fun chugging rocker with classic Trick chorus. Even in 1990, when giving a nod to the original Fab Four like on this track and on the Traveling Wilbury‘s sounding “Had to Make You Mine”, the band can’t miss. The Beatles influence has been obvious since the jump but Cheap Trick have always run with it and created a sound all their own. Maybe Enuff Z’Nuff call The Beatles the tops but I think we all really know that deep down, they maybe love Cheap Trick almost as much.

Closing Busted with their take on a 1974 Wizzard glam classic, Cheap Trick bust out of the record with rocking and rolling tune “Rock ‘N’ Roll Tonight”, an ode to those good ol’ days of jukeboxes, tight jeans, and shakin’ it up with your closest date. Every time I hear this one, I just want to grab my gal, put the top down on the convertible, and hit downtown blasting some old driving rock and roll like this one or maybe even that old tune “I’m Alright” from Caddyshack. Yeah, you get the idea. Good fun catchy rock and roll that anyone with any soul would wanna dance to. Yeah, I love my metal for sure but overall, I like to think of myself as a rock and roller from Elvis to well anything pretty much in between. And if you dig this record too, it’s cool. There’s no need to lower your head after all. There’s plenty of rockers in the world that if the truth got on out on how they really feel about this record would be totally Busted!

Cheap Trick‘s “Wherever Would I Be” video: